Anti-Zionists like Beinart want Jews to revert to being dhimmis

An op-ed by liberal Peter Beinart disavowing Zionism has elicited outrage from the mainstream Zionist community. It would not take long for the bi-national state replacing Israel to become an Arab-majority state. But Rachel Wahba, blogging at the Times of Israel, is one of the few to predict that a dwindling Jewish minority in an Arab state will force Jews back into their traditional subaltern state of dhimmitude under Islam. 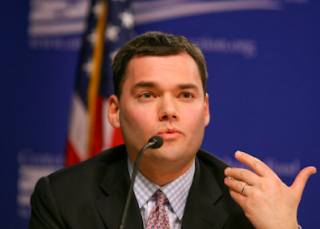 Naive, opportunistic, and compartmentalized, the Beinarts in our community assume Jews can be safe and equal in a region where not being Muslim has always been a huge liability. In a region where native Jews and Christians have been legalized as dhimmi, legalized as second class citizens at the mercy of Muslim Arabs.

Today Jews have one Jewish country the size of New Jersey in the region. One. Half the Jewish population of this country, Israel, are refugees and descendants of refugees from Arab lands who once lived as dhimmis. My family on both sides lived this reality for over two thousand years. Instead of celebrating the end of dhimmitude the anti-Zionists in our tribe want to go backwards.

They insult the Mizrahim as they pay tribute to anti-Zionist currency. In a world where Anti-Zionism is the “new” Anti-Semitism. Internalized self hatred is symptomatic for persecuted people. We understand this. Disavowal of one’s Jewishness is as old as anti-Semitism. Now however you can be a Jew, disavow Israel, and still belong. And be popular among what passes for “progressive” in one too many a community.

“Can you be less of a Jew,” a (former) new friend pleaded. She wanted me in her inner circle, her “sea of anti-Zionists.” The dilemma was all hers, it felt bad, of course it did, but I had no interest in the proposition. When a salesperson responded to my pre-COVID trip to Israel with a “its not with a Zionist group is it” gasp, we understand anti-Zionism is metastacizing out of the Far Left and the New Left, to the misinformed liberal progressive community in general.

It scares me. We know Zionism has been unpopular in the Left for a long time, forcing many a Progressive out of the scene since the eighties.  Forcing one too many progressive rabbis to have to “come out” as Zionists. Only to go back into their synagogue closets.

Rabbis who once supported AIPAC embrace J Street. Readers of “respected” newspapers  are served optics layered with skewed information and embedded double standards when it comes to Israel. Cries of  “existential anguish” over supporting Israel are heard from them. We are witnessing an emotional “movement” driven by a need to feel good about oneself “as a Jew,” in a Zionist-ambivalent world.

This wandered Jew cannot bear the reality of Israel as a country instead of some idealized image of her/himself. Groomed to merge identities with a “light unto nations” only to discover Israel is a country like any other country, with issues and ugly problems, is too much to bear. Mirror mirror on the wall …oops. Pass those poisoned apples. Israel is still struggling every single day to survive– as a Jewish country. The country of the Jewish People. Israel, unlike every other country, is slandered with double standards/anti semitism, forced daily to fight for legitimacy, validation, and outrageously,  the right to exist, on the world stage. When wandered Jews join Israel Denial it’s appalling.

As a new immigrant to the United States who grew up as a Stateless Iraqi Egyptian Jew,  it was shocking to see anti-Zionism grow in the seventies. Still, it felt fringe even in the leftist lesbian feminist community in San Francisco. Back then I thought it was just ignorance, that as Americans, or as Ashkenazim, they didn’t know about us and the ethnic cleansing of Jews from Arab lands.Today I know it is not ignorance, but an inconvenient truth.

Will Beinart's Egyptian-born grandma be turning in her grave?

It's a complete waste of time & verbose energy to respond to the likes of pay-rolled maggots like Peter B. As if it's a debating society in the fetid faculty lounges of junk academe or 'mainstream' media.
The Beinarts of the world know who & what they are.As do the herds of other 'Peters, Rogers Tonys, Ricks, Richards,'Rabbi Ricks, Jeremys, Thomas's, Bernies, J-Streeters, U.N.leeches, Noam Chom.apologists for genocide {the Cambodian one} & on & on ad nauseam. They have made their choices. Now they face the consequences. And a fate they can scarcely imagine. The "ball"is now completely "in the court" of US, the Jews of the Diaspora, and our natural allies. So far, all we have done is qualify for the Chaim Nachman Bialik award for being "intimate with shame". There's no way of avoiding what has to be DONE. OR ELSE. Please GOOGLE: Norman L. Roth

I would agree with you, but Beinart represents a dangerous threat to Zionism. where 'intellectuals' like Beinart lead, the Democratic party follows.

I'm also anti-zionist and I've heard beinart speak. and based on what I hear he sounds more zionist than the Zionists: he has nothing but contempt for, and lies about israel, he believes jews have no historical connection to israel (let alone, being the indigenous people is israel). he's very much a Zionist. I don't know what this article is talking about.

bataween..... that ship has sailed.