Albert Memmi, who died in May 2020 aged  99, was one of the greatest thinkers of the 20th century - although probably one of the most underrated. Now that he is dead, his true worth may perhaps be truly appreciated.  In-depth account of Albert Memmi's work in Tablet magazine by Jonathan Judaken. 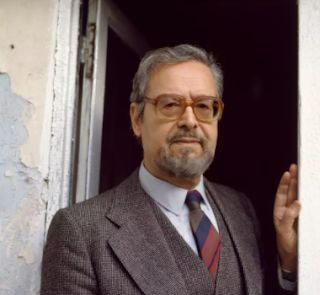 
Unlike postcolonial theorists who have tended to treat Zionism as allied with colonialism, Memmi made a compelling case for aligning Zionism with anti-colonial nationalism, rather than empire. This was initially undertaken in a period when Israel was broadly understood by the left as a decolonizing, socialist, humanist undertaking. Nurtured on the Jewish traditions of Tunis, Memmi came of age as a socialist Zionist in the Hashomer Hatzair youth movement, and he believed that Zionism articulates the national liberation struggle of the Jewish people. Just as he argued for other postcolonial states, he maintains that the State of Israel is necessary to liberating Jews from millennia of degradation and humiliation.

Memmi was always a steadfast secularist, skeptical about many aspects of Judaism. He understood the Bible, the Talmud, and Kabbalah as “monuments of world literature,” that contain, “an inexhaustible reservoir of themes, designs and symbols” but they become desiccated when they are treated as sacred texts. These views would emerge with clarity in his two masterworks on Jews in the 1960s, Portrait of a Jew (1962) and The Liberation of the Jew (1966).

Following the Six-Day War, Memmi continued to compose essays on the Arab-Israeli conflict, gathered in his collection, Jews and Arabs (1974). Published in the hostile year between the bitterly fought Yom Kippur War in 1973 and the U.N. declaration that Zionism is a form of racism in 1975, the book was dedicated to both his Jewish and Arab “brothers/so that we can all/be free men at last.” Memmi clearly hoped the light he cast on relations between Jews and Arabs would bring them closer, despite the growing antagonism and polarization created by the Arab-Israeli conflict.

He wrote the book as a self-described “Arab Jew” and a left-wing Zionist, distilling his position on the conflict. In his essay, “What Is an Arab Jew,” Memmi explains that most Jews in Arab lands were culturally Arabs: in their language, clothing, cooking, music, and daily habits. But a peaceful and unproblematic coexistence between Jews and Muslims is a myth, he insists—a narrative fostered mostly by Arab propagandists and European leftists. He also suggested that the myth of peaceful coexistence appealed to Israelis hopeful of a utopian coexistence in Israel and the nostalgic viewpoint of Jews from North Africa looking back on the places where they grew up.

Even Western Jewish historians who compare the experience of Jews in Russia less favorably to the experience of Jews in the Maghreb reinforce the legend, according to Memmi. The relationship between Jews and Arabs was fragile, and occasionally erupted into overt hostility or violence.The myth of peace before the rise of Zionism has its double in the role played by “Israel” within pan-Arabism, he argues. In “The Arab Nation and the Israeli Thorn,” Memmi explains how Arab states constituted “Israel” as the evil Other in order to create Arab unity.

In the face of their divergent social structures and internal challenges, “Israel” enables Arab regimes to symbolically coalesce around an enemy. It provides coherence, but at an exorbitant cost—“for this policy of waging war exhausts their economies’ possibilities in advance, [and] impedes all efforts at democratization.”

Who is an Arab Jew?

More about Albert Memmi
Posted by bataween at Thursday, June 25, 2020