The late, great scholar of the Middle East, Bernard Lewis, once quoted a French wit who likened translations to wives  - 'some are beautiful, some are faithful, few are both'. An Italian phrase, he added, summed it up: 'Traduttore traditore - translator, traitor.'

A German Islamicist and scholar of Arabic, Frieddhelm Hoffmann, would probably concur. He was aghast to discover the tendentious and manipulative translations which characterize Mouez Khalfaoui's and Islam Dayeh's rendering of the respected Princeton professor Mark R. Cohen's book "Under Crescent and Cross. The Jews in the Middle Ages" into Arabic. 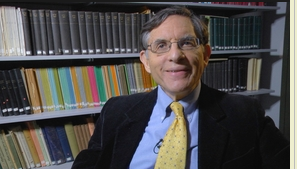 Clearly, mistranslations and misrepresentations can lead to disastrous decisions and policy, based on misconceptions.

When Mr Hoffmann tried to get an essay exposing the mistranslations published, however, he found that no editor was willing to publish it.

Enter Point of No Return to the rescue. We were happy to publish a synopsis of Mr Hoffmann's exposé, linking to the more detailed essay.

We are glad to report that the story has a happy ending. Several German academic libraries now catalogue Mr Hoffmann's document, linking to its source, Point of No Return.

Although Mr Hoffmann says that his negative publishing experiences outweigh the positive, this was a small victory for truth. Let's hope that there are more in the future.

Fighting revisionism - and this blog's part in it
Posted by bataween at Tuesday, June 16, 2020

Mazal tov. We'll throw a virtual pizza party, looking forward to it. (and no, I'm serious, I'm not being sarcastic.)

I am surprised that Prof. Cohen did not review the translation since it was into a language he can read and the subject is controversial and politicized.

In these days of widespread academic corruption, respected newspapers like the New York Times also do the same thing. For instance, the NYT mistranslated Pope Francis' remarks to Mahmoud Abbas when he visited Rome.
The pope said to Abbas in sum [in Italian of course]: You could be an angel of peace if you made peace with Israel.
The NYT twisted this to have the pope to Abbas: You are an angel of peace.
When I came upon this a few years ago, I checked out what the Italian press was reporting. See at link:
http://ziontruth.blogspot.com/2015/05/new-york-times-lies-about-pope-calling.html