If we are to enhance prospects for peace in the Middle East, Muslim thinkers should begin challenging a pejorative and radical 'theology of the Jews', which has contaminated discourse in the Arab world. These two bold articles were written by Hassan Mneimeh and published in the Fikra Forum in September 2019. (with thanks: Lily)

In the course of the past century, a troubling development has asserted itself in Islamic thought. Whether in scholarly religious texts or in popular presentations, a new Islamic “theology of the Jews” has coalesced into a thorough demonization of both historical and contemporary ‘Jews.’ In this evolving and radicalizing theological outlook, “the Jews” are presented as a unitary, undifferentiated collective. This collective is portrayed not only as political foes or religious rivals, but as the quintessential nemesis—with the corresponding struggle shaping the course of history and fulfilling prophecy. 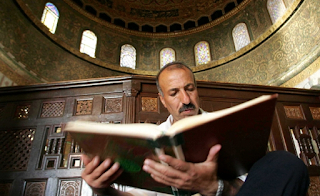 While the universe of Islamic thought is wide, encompassing diverse trends and displaying multiple, often conflicting, expressions on any given subject, the problematic aspect of the new pejorative “theology of the Jews” is that it has been virtually unchallenged. Islamic portrayals and assessments of “the Jews” are almost invariably negative. In the rare instances where an ‘excess’ is noted—such as among the few intellectuals that reject the authenticity of the Protocols of the Elders of Zion—the rationale for qualifying this negative portrayal is that such excesses obfuscate the ‘real’ grounds for criticism. With scant attempts to see Jewish history and society as complicated and diverse, the trend toward enmity has also assimilated and appropriated Western antisemitism while leveraging anti-Zionism as a baseline and an entry point.

It is true that some distinction is occasionally (and defensively) made between the categories of Zionist, Israeli, and Jewish in sophisticated intellectual circles in the Arab world. Statements on this point stress that the enmity is not with the Jews as a religious group, and that a settlement for peace should ultimately be achieved with the Israelis as a national community. These intellectuals insist that the enemy is instead the Zionists, whose expansionist ideology denies Palestinian national rights and espouses racist convictions while branding any attempts to criticize Israeli politics or Zionism itself as “anti-semitic".

Yet when contrasted with the broader and deeply seated demonization of the Jews that also exists in the Arab world, these statements seem to oscillate between wishful denial and intellectual dishonesty. Anti-Jewish rhetoric is the overwhelming norm in Arab cultural, political, and popular discourse. The distinction between “Jewish,” “Israeli,” and “Zionist” is seldom made in either popular or elite discourse and, if mentioned at all, is often added as an after-thought. Even the few instances of a tacit willingness to align with Israel, such as in the pursuit of a anti-Iranian coalition, are partially motivated by an assumption that “the Jews” hold disproportionate influence and power that can be leveraged.

Not unlike some Western contexts, there seems to be a fine line in these cases between philo-Jewish and anti-Jewish sentiments. The roots of this discourse must be understood as feeding both into and from a new but expanding Islamic “theology of the Jews.” As such, the pursuit of any meaningful resolution for the Middle East conflict will be hampered, if not outright denied, without a genuine effort on the part of Muslim intellectuals to address and dismantle this newly dominant radical theology.