It was bound to happen: the Israeli far left, through its mouthpiece at +972 magazine, is making accusations of 'Mizrahi-washing'.

An article by Lihi Yona, who is a student at Columbia university in New York, comes as 'push-back' against the writings of  Hen Mazzig and Nave Dromi.  Yona claims they are 'hasbara-niks'  in the service of Israel, working to make the Jewish state look better than it deserves. According to Yona, Israel indulges in 'Mizrahi-washing'.  That is to say it  exploits Mizrahim as it does gays through  'pinkwashing':Israel  allegedly promotes its tolerance and protection of lesbians and gays only in order to obscure its 'oppressive' treatment of Palestinians. 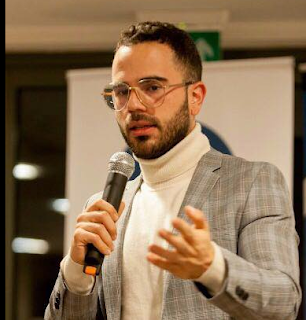 Hen Mazzig: accused of being a 'hasbara-nik'

Yona admits that it is good to recognise the existence of Mizrahi Jews, but only if they can be portrayed as victims of 'white' European Jews. Thus she lumps together examples of Israeli police or army brutality against Mizrahim, Ethiopians and Palestinians, without spelling out the particular circumstances leading to each death. And why not add instances of historic discrimination  into the mix - when Israel 'dumped' Mizrahim into tent camps and 'kidnapped' Yemenite children?

Dromi's op-ed in Newsweek criticises Palestinian activists and their fellow-travellers for hijacking the Black Lives Matter campaign in order to to draw parallels with 'privileged  white' Israelis' oppression of 'black' Palestinians.

In fact Dromi turns current misconceptions, straightjacketing people into facile categories of identity politics, on their head: Mizrahim see Arab and Muslim privilege in a similar way to how a person of colour might see a white person in the US. In his work Mazzig, too, evokes the Arab antisemitism experienced by his Tunisian and Iraqi family before they moved to Israel.

Yona concedes that both Dromi and Mazzig are correct - Mizrahim suffered violence and displacement. But they are 'fixated on the past' and 'deny the power Israel possesses with  regard to Palestinians'. These are perpetual victims, and  never have any agency in the oppression of Jews.The pro-Nazi Mufti of Jerusalem, terrorism and Hamas missiles simply do not exist in Yona's 'woke' narrative.

Fine article. +972 magazine should be called out for the trash it is. It wasnt that long ago that this blog re-printed an article from this magazine (3/23/20) implying the subject matter was factual. That article may have also been featured in other news sources but I wonder what those other "news sources" are.

Hi Davsil, the article you refer to was also in The Times of Israel and the JPost.We always take +972 wuth a pinch of salt. On this occasion what they reported was factual .https://jewishrefugees.blogspot.com/2020/03/indian-jew-attacked-for-spreading.html