The sudden death of Dr Esther Webman has been announced in Tel Aviv. 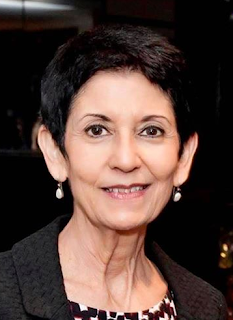 Egyptian-born Dr. Esther Webman was a senior research fellow at the Dayan Center for Middle Eastern and African Studies and the Stephen Roth Institute for the Study of Antisemitism and Racism in Tel Aviv University.  She was the Principal Investigator for the Program for the Study of Jews in the Middle East and the author, with Meir Litvak, of From Empathy to Denial: Arab responses to the Holocaust.

"Esti was a friend, and a scholar of antisemitism. She was a core colleague in the European Sociological Association Research Network 31 on Ethnic Relations, Racism and Antisemitism, and had given papers at a number of its meetings and conferences over the years.

Esti was a Tel Avivian and an Israeli. She had been born in Egypt and was fluent in Arabic. She was driven out of Egypt with her family, when she was a child, because she was Jewish. Her work focused on antisemitism in 'the Arab World' and Islamist antisemitism. She wrote, with Meir Litvak, 'From Empathy to Denial: Arab Responses to the Holocaust' as well as many other articles and papers on related topics.

She worked at the Kantor Centre at Tel Aviv University. In 1968, in the period following the Six Day War, Esti was the highest ranking woman in Israel intelligence, she told me. She was a pioneer, a glass-ceiling breaker of great courage."
Posted by bataween at Wednesday, June 17, 2020