The West has fed the 'right of return' for decades

The War of Return  has just hit the bookstalls. Its authors, ex-Knesset member Einat Wilf and journalist Adi Schwartz,show conclusively that the Palestinian objective - a  'right of return'  for Palestinian wartime refugees has not changed since 1948. While this book casts the spotlight on Arab rejectionism of Israel, Lyn Julius in JNS News is disappointed that Jewish refugees from Arab countries do not figure more prominently: 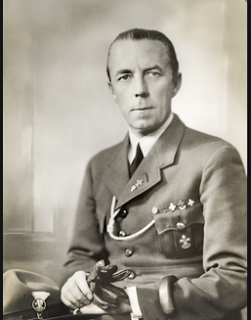 To further their objective, the Palestinian leadership is not  using guns or tanks - all that has been tried and failed. It is to subvert the character of the Jewish state by overwhelming Israel with hordes of returning refugees.
The book shows how the West, whether by accident or by design, has fed this fantasy over the decades.

Although he was assassinated soon afterwards, the Swedish UN mediator Count Bernadotte, Schwartz and Wilf contend, has much to answer for. He was the first to accept that the Arab objection to Zionism was an immutable fact of nature. Instead of letting Arab states solve the  Palestinian refugee problem, he devolved responsibility to the UN . Article 11 of UN resolution 194 of December 1948, oft quoted as the legal basis for the 'right of return', was based on Bernadotte's own plan to use the Arab-Israeli conflict as a means of asserting western control.

Thereafter Arab states managed to thwart every attempt to wind up the  exclusively Palestinian  UN agency  UNWRA, with its ever-growing tally of registered Palestinian 'refugees', and eventually used it as breeding ground for terrorist violence. Arafat cruised through the Oslo years with a double discourse, paying lip-service to recognition of Israel, while  not deviating from the ultimate, subversive goal of Palestinian return.

The Palestinian objective embodied in the 'right of return' is not bound by time. The Arabs took centuries to dislodge the Crusaders from the Middle East.  So will it be with the Zionists.
There is a precedent - the demand of 10 ethnic Germans to return to what is now Poland. But they never gained political support and were integrated into postwar Germany with full  citizenship.
The Arab League is complicit with the Palestinian leadership, having never repealed  the 1959 resolution 1457,  banning refugees from enjoying citizenship in Arab host countries. However, the authors do acknowledge that Jordan, where 40 percent of Palestinian 'refugees' reside,, is the only country to grant them citizenship.

The 'right of return' has been hiding in plain sight. But western diplomats and media pundits have steadfastly refused to take it seriously.

It is a political weapon, overriding a humanitarian solution for the refugees through rehabilitation or resettlement. In one starting example, Palestinians razed to the ground Musa Alami's experimental farm near Jericho, designed to improve the lot of his refugee brethren.

Arab refugees from Palestine and Jewish refugees from Arab countries fleeing to Israel exchanged places in roughly equal numbers. Disappointingly, the book only makes two cursory mentions of the Jewish refugees, seemingly making more of Bhutanese refugees from Nepal. In fact, several schemes for the exchange of peoples and property were floated.  Indeed in July 1949, the Iraqi prime minister, Nuri al-Said, was first to suggest that more than 100,000  Iraqi Jews could be transferred to Israel  in exchange for the same number of Palestinians. (Ultimately only 14,000 Palestinians arrived in Iraq.) There  was also a plan for Israel to buy 100,000 dunams of land in Libya  for resettling 17,000 Palestinian refugees. The authors only mention a similar plan for Gaza.

The omissions  are surprising,  given that the Jewish refugees were the subject of the translator  Eylon Levy's PhD thesis.

Adi Schwartz has also written extensively about the Jewish refugees, pointing out a 'Marshall Plan for refugees' in the early fifties. American aid was to have been split evenly between Israel and the Arab states, with each side receiving $50 million to build infrastructure to absorb refugees.The money to resettle the Arab refugees was handed over to the UN,  and the Americans gave Arab countries another $53 million for “technical cooperation”. In effect, the Arab side received double the money given to Israel even though Israel took in more refugees, including Jews from Arab countries.

It is likely that the authors did not want to deviate from a polemic designed to persuade the West - UNWRA's main supporters - to dismantle this organisation. But linkage with the Jewish refugees  puts the flight of Palestinian refugees in context. They serve as a contemporary model for successful resettlement.

However, this book performs a useful service, by cutting through the thicket of false claims  and misleading terminology surrounding the Arab-Israeli conflict. The War of Return  casts the spotlight where it needs to be - on the underlying anitsemitism driving Arab rejection of the existence of Israel.

Here is a mediocre academic paper claiming that the Jewish refugees from Arab lands were NOT refugees but more like ungrateful traitors to the Arabs.