The screening of the Ramadan TV series Umm Haroun, based on the history of Jews in the Gulf States, has sparked accusations of 'normalisation' with Israel. But for Nervana, who writes and blogs for the pro-US Al-Hurra. the controversy reminded her of the Egyptian-Jewish architect Naoum Shebib. Shebib, like the vast majority of Egyptian Jews, was forced to leave Egypt. He did not go to Israel, but Canada. The fact that he was a Jew is hardly ever mentioned. (With thanks: Yoni) 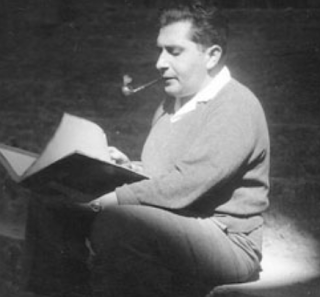 
I  remembered Shebib when I read about the controversy sparked by the new Ramadan Gulf series which portrays the historical Jewish presence in the Gulf States in the early twentieth century. And even before the series started broadcasting, accusations of “normalization with Israel” were directed at it. For example, an official from the Palestinian Islamist group Hamas, Basim Naeem, condemned the series even before it aired and told Reuters that portraying Jewish people in a sympathetic light is “cultural aggression and brainwashing".

The Hamas official’s choice of words is clear – “The Jewish people.” In our region, particularly among the Islamists and the “anti-Israel resistance camp,” the words “Jews” and “Israelis” are synonymous. At best, detractors are willing to acknowledge Judaism as a religion, but most Arabs reject the Jewish identity and link it with the “Zionist entity.” Moreover, the vast majority of Arabs believe Jews of Arab decent have voluntarily left their countries to settle in Israel. With such a widespread myth, Jewish identity is awkward to handle and triggers suspicion, accusations of treason, and normalization with the “Zionist entity.” 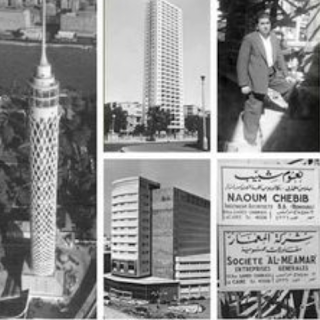 The Cairo Tower and other landmarks in Egypt, including the Al-Ahram newspaper building, designed by Naoum Shebib

Naoum Shebib, however, is a striking example that debunks such lazy, shallow claims. Shabib was assigned to build the Cairo Tower during the era of the Egyptian president and anti-Israel leader Gamal Abdel Nasser, and by one of Nasser’s intelligence officers2, according to some Egyptian reports. In 1971, at the age of 56, Shebib left Egypt for Canada, not Israel. However, none of the very few Arabic articles that praised his work mentioned he was Jewish. And none asked the tough questions: Why did a successful architect like Shebib immigrate to a distant country like Canada at a late stage of his life? Why are the vast majority of Egyptians not aware of him?

The story of Naom Shebib is not unique; most Jews from Egypt and the Arab World were forced to leave their native countries, because of direct or indirect persecution via loss of citizenship rights and protection, loss of jobs in the private and public sectors, no prospect of future employment, dispossession of assets, death, and expatriation/expulsion. Some have had their passports stamped “exit, with no return.”

Email ThisBlogThis!Share to TwitterShare to FacebookShare to Pinterest
Labels: Jews of Bahrain, Jews of Egypt, Jews of Kuwait