Let's observe the Nakba - of the Jews from Arab lands

There will be no Palestinian Nakba Day commemorations this year. Douglas Altabef in Israel National News proposes an 'all-weather, virus-resistant' form of marking the real Nakba - of the Jews from Arab lands. 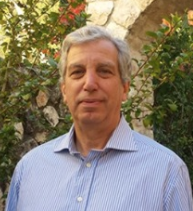 In one of the most cruel, calculated and ultimately self-destructive acts of modern history, the declaration of Israel’s Independence was universally accompanied by the mass persecution of the Jews in Arab lands.

Most egregious was the expulsion of the Jews of Iraq, the oldest Jewish community in the world outside of the Land of Israel. True, Iraqi Jews suffered a barbaric pogrom known as the Farhud during Shavuot 194, in which 180 Jews were murdered in Bagdad, but the Jews of Iraq saw themselves as integral to and integrated in their society. They played an essential economic and social role. So strong was their attachment to Iraq that thousands denounced Israel and pledged their allegiance to Iraq following the 1948 Declaration of Independence.

However, it was all to no avail once the Baathists seized power. In early 1951 the entire community was deprived of their citizenship, their property and civil rights and were told to leave the country with severe limitations on what they could take with them. Within a matter of weeks, some 150,000 were deported. So severe was the tide of expulsion that the Government of Israel actually appealed to Iraq, in vain, to delay and to stagger the expulsion so that the huge number of deportees could be accommodated.

The Nakba of the Jews of the Levant is simultaneously a largely ignored human rights catastrophe, and a great but difficult validation for the raison d’etre of Israel, as a haven for Jews throughout the world. To Israel’s credit, it did not wallow in accusations of victimhood of those cruelly displaced, but sought to provide a new home for them.

In contrast to the flight of the Arabs from mandatory Palestine, there was no voluntary leaving by Jews. There was no attempt to have Jews of thousands of years of standing in their countries temporarily depart to wait out the anger and hostility prompted by the creation of Israel. There was only deprivation and expulsion.

In all some 850,000 Jews were displaced and uprooted from Arab lands.

There was a famous quote attributed to the Ottoman Sultan at the time of the expulsion of the Jews from Spain, referring to King Ferdinand, who inexplicably was known as Ferdinand the Wise: “Who is this king who they call wise who so impoverishes his country and thus enriches mine?” This quote resonates greatly in the saga of Mizrachi Jews. Yes, they were the victims of an actual Nakba. Yes, they suffered untold persecution, humiliation, displacement. Yes, they fell from the highest levels of their native societies to being highly dependent, disoriented and often frowned upon members of their new society.

But theirs has been one of the greatest success stories of modern times, a story of bootstrapping, of achievement and of finding their seat at the table, even when not invited, of Israeli society. So here is a suggestion to our Palestinian and other Arab neighbors: learn from your former fellow citizens and residents. Learn how to move forward, rather than donning the mantle of hapless victimhood. Learn how not to be daunted by the tides of history, but to turn adversity into success.

More about the Jewish Nakba
Posted by bataween at Sunday, May 17, 2020