Israeli parliamentarians call for US to return Iraqi archive to Israel

In the light of the US State Department's intention to return the Iraqi-Jewish Archive to Iraq, two Members of the Israeli Parliament have written to the US ambassador to Israel, David Friedman, demanding that the Iraqi-Jewish archive be sent to Israel, the Israeli medium Hidabroot reports.  The US appears bound by a law passed in 2008 to return cultural property to its country of origin, even if that property was taken from a persecuted minority. 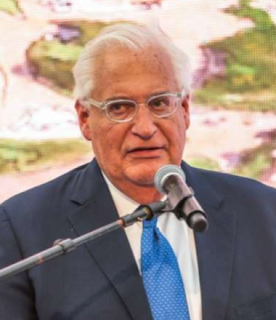 In their letter, Moshe Arbel and Yinon Azoulay expressed concern about the intention to return him to the Iraqi government. According to them, the time has come for him to return to the heirs of the Iraqi Jewish community in Israel and to the State of Israel: "This is the only way to do justice to the archive and its legal owners." 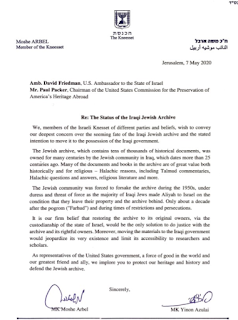 "Moreover," the two added, "the transfer of materials to the Iraqi government would jeopardize its very existence and limit its access to scholars. We urge you to protect our heritage and history and protect the Jewish archive."

Sadly the archive was given to Iraq instead of the Iraq Jewish Community to which it belongs.
However it can be read online on the Internet at https://ijarchive.org/