A three-part documentary is airing in Israel about the legendary spy Eli Cohen. How to explain his dogged determination to  keep sending information back to his superiors when his life was at increasing risk? Jews from Arab countries were prepared to take on any mission because they had missed the key struggles to realise the Zionist dream, some speculate.  Ariel Burstein writes in Israel Hayom (with thanks: Lily): 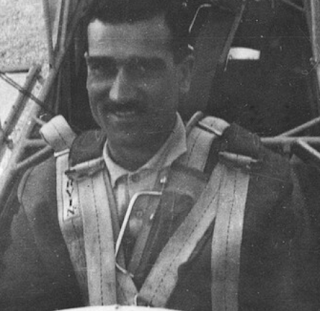 Everything that "human camera" caught – and he caught plenty – was transferred in code to his base in Israel. Among other things, Cohen revealed the Syrians' intentions to divert the water sources of the Jordan River to leave Israel without a freshwater source.

In those days, that would have been a true existential threat. Cohen met with Mohammed Bin Laden (the father of Osama Bin Laden), the owner of a large building concern who had been hired to execute the project, who told him about the plan. The information Cohen collected enabled Israel to attack and stop the project.

Thanks to Cohen's friendship with Adnan al-Jabri, a MIG-17 pilot, Cohen secured shocking information that indicated the state of the Syrian military's morale. "Every time the Syrian pilots have to take off for a mission where there is a chance they'll encounter Israeli pilots, they find every possible excuse not to go up," the pilot told him. Information like that, from the belly of the Syrian military establishment, could not have been extracted by any electronic means. Only Cohen could have supplied it to his superiors in Israel.

Suspicious meetings:  The list of intelligence coups, impressive as it might be, is not enough to understand what Cohen was feeling during his years of activity in an enemy country. In the new series, the creators try to imagine what a man who was operating out of an immense sense of devotion, under a borrowed identity and almost entirely cut off from his wife and young children, was going through. Although during his trial, Cohen said that only financial need had tempted him to turn spy for Israel, people who knew him and Mossad officials who were interviewed for the series say differently. Cohen joined the Mossad to make a contribution, although the series also presents evidence that the Mossad had him fired from his job as a bookkeeper to pressure him to enlist.

There is something else that all the Jews from Arab countries, who placed their abilities at the disposal of the Jewish state and were deployed to Arab lands, appear to have had in common. They all made aliyah after the state was established and felt that, unlike the more veteran Israelis, they had missed the key struggles in the battle to bring the Zionist dream to fruition. To make up for what they had missed, they were ready to take on any mission, no matter how dangerous, for the sake of the nation. Naturally, all these elements: patriotism; missing the family; the constant danger, increased with time.

One of the most moving points of the series tells of Cohen's visits to the Syrian posts in the Golan Heights, of which there were five. He stood, looking out over the Sea of Galilee, toward Israel. "When I saw Tiberias and the kibbutzim of the Jordan Valley, I was seized by a desire to run," he would later say. "I wanted to take a boat and flee. Then I felt that I was a kind of lighthouse guiding the ship of Israel through the strait." His sense of mission strengthened as his reports were found increasingly effective, and it could have led him to become less cautious. Is that what finally brought him down? The generally accepted version of events ascribes his capture to his having sent too many telegrams, despite having been instructed to send no more than one a day.

More about Eli Cohen
Posted by bataween at Tuesday, May 05, 2020