The death has been announced on 22 May 2020 of one of the great intellectuals of the 20th century, Albert Memmi, aged 99. Born in Tunisia, Albert Memmi was many things - academic, philosopher, writer - but Jews from Arab countries will always remember him as an outstanding defender of  Jewish rights. This article by Daniel Gordon  in the Jewish Review of Books explains (with thanks: Rachel)


Memmi’s startling independence of mind has always been linked to his Jewish partisanship. His sensitivity to the persecution of Jews in political regimes of all types meant that he had no a priori attachment to socialism, nationalism, capitalism, or any other “ism.” He has combined, perhaps more than any other writer since World War II, the compassion needed to articulate the suffering of oppressed groups with the forthrightness needed to censure them for their own acts of oppression.

“[I]f we are to help decolonized peoples,” Memmi wrote in 2004, “we must . . . acknowledge and speak the truth to them, because we feel they are worthy of hearing it.” In the diary, Memmi chronicled how the newly independent regime in Tunisia downgraded the status of its Jewish subjects. Jews were removed from their positions in the bureaucracy; anti-Semitic poems were broadcast through government radio stations. 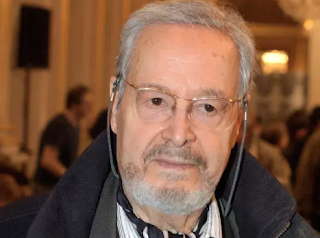 He recounted how the president of the new Constituent Assembly, Habib Bourguiba, summoned Jewish leaders and ordered them to stop showing support for a foreign power, Israel. The president of the Jewish community, Charles Haddad, was defiant. He asked Bourguiba this question: If allegiance to other countries is treason, why do you constantly pledge support to the Arab League?

The debate was especially impressive, Memmi noted, because Haddad previously was a man of “unctuous prudence.” Memmi showed how his fellow North African Jews came to realize that they could no longer fantasize about assimilation or acceptance in a multiethnic postcolonial society, despite the fact that many of them did not descend from European colonists.

Memmi himself possessed a medallion, bearing his family name, that dated to the Punic Wars, long before the arrival of Islam in North Africa. He later donated it to Yad Vashem as evidence that Jews were as native to Tunisia as any other group. As Memmi noted in the diary, he and other progressively minded Jews initially thought they were comrades in arms with the Muslim population against colonialism. Now they had to recognize that they had enjoyed more liberty under colonialism than in the newly liberated states.

“I have to aid the Tunisians [against the French] because their cause is just,” Memmi wrote. “And I have to leave Tunisia because their cause is not mine.” He departed for France at the end of August 1956. He was not alone. The historian Michael M. Laskier observes that there 65,000 Jews in the capital of Tunisia in the late 1940s. Between 1956 and 1967, the majority immigrated to France or Israel.

In a 1962 article in Commentary magazine, Memmi wrote that “the fate of North African Jewry is the most important world Jewish problem of our postwar period, just as the fate of the Jews of Central and Eastern Europe was the leading problem for Jews before 1939.” The need for a Jewish homeland, he observed, was “not the result of Auschwitz but of the Jewish condition everywhere, including the Arab countries.”

“The Jewish condition” would remain central to Memmi. In Portrait of a Jew, he coined the French word judéité (Jewishness) to describe the sentiment of belonging to a Jewish community as distinct from subscribing to the tenets of Judaism. Judéité is largely a nostalgic bond—a warm recollection of festivities celebrated at home, for example. Near the beginning of his first novel, Pillar of Salt (1953), Memmi evoked this ambiance.

Email ThisBlogThis!Share to TwitterShare to FacebookShare to Pinterest
Labels: Books, Jews of Tunisia