TV series Fauda is a runaway success in the Arab world

The Israeli Netflix series Fauda is a runaway success in the Arab world, the Algemeiner reports. The series is based on the adventures of a Mossad hit squad operating in the Palestinian territories. It features Arabic-speaking Jews posing as Arabs and this itself shatters stereotypes about Israelis. The main character, played by Lior Raz, is of Iraqi and Algerian parentage. 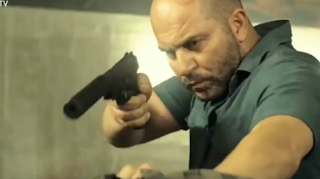 Asked why the series is so popular, co-creator Avi Issacharoff noted that a large amount of the show’s dialogue is in Arabic. “I think part of it is the language, which means that ‘Fauda’ has crossed over into the Arabic language, and we are also bringing the story on both sides, not just from the Israeli side,” he said.

“Of course, the corona also — that is, the fact that people are sitting at home and have nothing to do, so it certainly encourages people to watch, even if it means an Israeli series,” Issacharoff added.

“We are really pleased that we were able to reach the Arab public that we usually have no contact with,” he commented.

Read article in full
Posted by bataween at Sunday, April 26, 2020