A new Saudi-produced TV series about to air over Ramadan and portraying Jews in the Gulf states in a positive light has sparked outrage. ( The series, titled Umm Haroun, may be based on the life of a famous Jewish midwife in Bahrain, Um Jan). Critics accuse the makers of seeking 'normalisation' with Israel. They are particularly sensitive to suggestions that Jews suffered 'injustices' or may even have been expelled. Khaled Abu Toameh writes in the Jerusalem Post (with thanks: Lily): 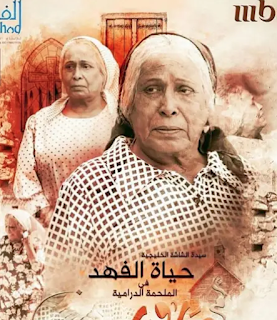 Several critics took to social media to express their outrage over the series, claiming it portrays Jews as suffering from “injustices” in an Arab country. “We have many successful and heroic women in the Gulf,” protested Hana al-Qahtan.

“Why do we need to turn a Jewish woman into a hero in our dramas?” Ahmed Madani said on Twitter that he, too, does not understand why an Arab television channel would broadcast a series about a Jewish woman during Ramadan. “Would Israel ever produce a series about a Muslim woman in its prisons?” he asked. “What about the injustices done to the Palestinians? Why not produce a documentary about the suffering of Palestinians?”

Hamas has also weighed in on the controversy, denouncing the series as a “political and cultural attempt to introduce the Zionist project to Gulf society.” The character of Umm Haroun reminds me of [former Israeli Prime Minister] Golda Meir, the head of the occupation government, who was a murderous criminal,” said senior Hamas official Ra’fat Murra. “This is the goal of normalization: hatred, slow killing and internal destruction. The series aims to falsify history and gradually introduce Gulf society to normalization with the Zionist occupation, at a time when some [Arab] rulers are panting to build close ties with [Prime Minister Benjamin] Netanyahu to protect their thrones.”

Yousef al-Mutairi, professor of modern and contemporary history at Kuwait University, told Al-Jazeera.net that the controversy over the series was unjustified. “Arab Jews are part of our history, whether in Egypt or in the Arab Peninsula, and this does not contradict our assertion that they were not expelled from the Gulf,” he said. “The expulsion took place for individuals who were engaged in activities that the society was not satisfied with, such as trading in alcohol. We must differentiate between Zionism and Judaism. Israel and those living in it are Zionists. But there’s no problem with Judaism.”