As has become customary at Ramadan, Arab countries  broadcast soap operas to a captive TV audience. This year, Kuwait's offering, Umm Haroun,  is focusing on its erstwhile Jewish community. One might expect a sympathetic, even nostalgic portrayal, in keeping with the trend set by the Egyptian  series Haret al Yahood.


Jenny, an Iraqi Jew sharing Mizrahi history, summarises the achievements of the Jews of Kuwait, which included establishing the first ice and  sugar factories, on her Twitter feed:

With its new TV show, Umm Haroun, Kuwait is shedding light on its long-gone Jewish community. Thanks to its location, Kuwait was home to many Jews from Iraq, Persia and even India who escaped their former countries to start anew. 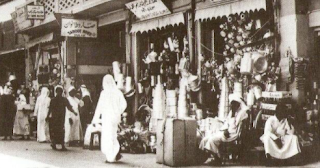 Kuwait was a staging post on the route to India

The majority of Jews in Kuwait came from Southern Iraq around 1776 when Persian ruler, Sadeq Khan Zand, captured Basra. Jews settled and excelled in trade between Baghdad and India. Jews belonged to the middle class and participated in the development of the country.

Jews mostly lived in Sharq district, Kuwait’s oldest neighborhood. The majority of shops were owned by Jews so that Sharq district was once called “firij al yahud” (the Jewish neighborhood in Gulf Arabic) . The Jewish cemetery is still located in this neighborhood. There was a synagogue in Sharq and Jews had their Sefer Torah. There is no evidence of Jewish schools. Most likely, Jewish kids studied at the “American Missionary school” among Christian and Muslim children.

Many Jews went back to Iraq in 1921 when King Faisal came to rule. The King was very trusting of Jews, in and outside of Iraq ! He even appointed Sassoon Eskell as Minister of Finance.

The Jewish contribution in Kuwait was mostly in business. Saleh Mahlab owned the first ice factory of Kuwait and sold it in 1912 while moving to Iraq. His son, Edward Saleh Mahlab (photo), moved back to Kuwait with his family and maintained close ties with the Al Subah ruling family. 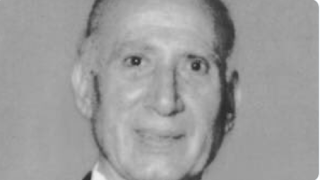 Edward Saleh Mahlab: moved back to Kuwait from Iraq

Eliyahu Al Kuwaiti created the “Eliyahu sugar company” in the 1920’s . He traded sugar and tea with his friend Eliyahu Ibrahim, another Kuwaiti Jew. They both moved to Basra, Iraq, in 1932 and continued their business. They also worked with a Muslim lawyer named Mohamed Ahmed.

Other notable Jewish families contributed to the economy of the country. The Yehezkel family held the franchise to supply electricity to Kuwait for 35 years during the time of the late sheikh Ahmad Al-Jaber. Several Jewish families from Khuzestan had shipping companies.

Musicians Saleh and Daoud Al-Kuwaiti were born in Kuwait in the early 1910’s. They studied music with Khaled al Bakar. Their first hit “walla ajabni jamalech” (by G od I admire your beauty), was composed in their early teens.