Jews account for more than 10 percent of Moroccan virus deaths

The coronavirus has disproportionately claimed the lives of Jews around the world. The toll in Morocco is over 10 percent and includes three members of the Peretz family.  Many of the victims became infected when they attended a wedding in Agadir at the beginning of March, Morocco World News reports.

Rabat – Israeli officials who monitor developments in the Moroccan Jewish community said on April 12 that Moroccan Jews account for more than 10% of Morocco’s COVID-19 deaths.

According to Israeli newspaper Haaretz, the officials reported that 13 members of the Moroccan Jewish community in Casablanca died of complications from the virus this week. Approximately 1,500 to 2,000 Jews currently live in Morocco, yet account for 13 of the country’s total 126 COVID-19 deaths. The 10.3% share is disproportionately large, considering Morocco has a total population of 36 million.

The Israeli officials did not detail the number of Moroccan Jews who are infected with COVID-19, have been hospitalized, or have recovered. The pandemic likely began its spread in the community after hundreds of French guests carrying the virus attended a wedding in Agadir in early March.

Some wedding guests contracted the virus and then brought it to Casablanca while participating in Purim gatherings and celebrations on March 9 and 10. Moroccan-born Israeli Labor Party leader Amir Peretz announced in late March that two of his relatives were among the dead.

Ari Peretz, a 52-year-old businessman, died in Casablanca along with his mother Simone. Ari reportedly attended the wedding in Agadir with Jewish businessman Michel Tourgeman, who also died of COVID-19 in Morocco.

“In the Jewish community, they told of his contribution and the aid he gave to disadvantaged populations, Jews and Arabs,” Israel’s Channel 12 news quoted Peretz as saying. “Even the heads of the state and representatives of the royal court called me to express their sorrow.”

At the beginning of April, a third relative of the Labor leader, Emil Peretz, succumbed to the virus. 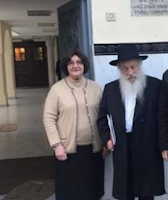 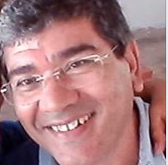 Top: Rabbi Sholom Edelman, 83,  succumbed to the virus. Above: Dr Amram Ruimy of Casablanca was one of three Moroccan doctors to die.

The latest Jewish victims of COVID-19 in Morocco include Rabbi Sholom Eidelman, according to Haaretz. Eidelman, 83, was the emissary of the Orthodox outreach movement in Casablanca and had lived in Morocco for more than 50 years. He ran a kollel, a full-time Jewish learning institution for adults, where he trained generations of rabbis and kosher butchers.

Popular musician Botbol is fourth Jew to die of coronavirus

People say that the COVID death rate is 0.40% ! This was circulated in several news channels also !

Me Thinks the death rate is beyond 10%,on aggregate count,and for some nations it is way beyond.

Rate proximates 10% ! But that is also wrong,as the infected are NOT solely on RTPCR mode.Many nations cannot afford it and are doing antibody tests.An antibody positive may be RTPCR negative,and the vice versa is less likely. If you exclude these specimens from the infected tally,the % rises further.

Also have to exclude the recovered cases - as those with immunity will recover in 30 days - AS THE VIRUS was DESIGNED THAT WAY.Unlike HIV and Cancer - where patients are NOT likely to recover- on a generic mode.But those who recover from COVID -WILL (in part) come back again,and then die.That will double count the infected cases.Hence,we exclude the recovered cases (which are 4 million,as per site stated above).

These Johnnies who recouped,may have been infected,say 15 days ago - and if you rewind to 15 days ago,and deduct the spike in the RIBs of the BRICS - you will have an infected base of,say 6 million.If you remove the recovered (4 million),and then ratio it,to the dead of 420000 - then you have a kill ratio of 21% !

Cannot compare the dead to the entire population - as of this instant - as it would include billions of aged,morbid and asymptomatics - who will get infected very soon.

If we take a 1 year horizon - then post the 1 year - you could take the global population - as that by that time,the virus would have had enough time,to spread,evolve and mutate (across the latitudes and seasons).At that stage,a ratio w.r.t the population,would be a meaningful statistic - to benchmark intra and inter se,with other diseases.By that time the death rate will mature and the complete breakdown of the health infrastructure will be apparent (to explain the future geometric rise)