Baghdad-born Elie Kedourie is one of the most under-rated of historians, yet he foresaw what Middle East experts today now acknowledge with despair: that the post-WWI newly-independent Arab world would be a disaster for society and minorities. On the 50th anniversary of the publication of Kedourie's The Chatham House Version, Robert D. Kaplan  has this long but worthwhile read in National Interest:

Kedourie’s essential diagnosis of Great Britain’s Arab policy in his lifetime was that the British Foreign Office’s awe of an exotic culture, combined with the “snare” of a misunderstood familiarity towards English-speaking Arabs—who used the same words, but meant very different things when discussing such issues as rule-of-law and constitutions—led to a profound lapse of policy judgment: towards which, one must add guilt regarding the post-World War I border arrangements that allowed for, among other things, a Jewish national home in Palestine. In the minds of this naïve generation of British officials, once Zionism and imperialism could be done away with, the Arabs would enjoy peaceful and stable institutions. 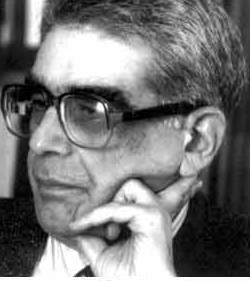 Fifty years ago, Kedourie countered with what in recent decades has since become a commonplace: that neither imperialism nor Zionism were the problems. As he put it, it is only a “fashionable western sentimentality which holds that Great Powers are nasty and small Powers virtuous.” In any case, he continues, even without imperialism and Zionism other outside powers would naturally work to involve themselves in this vast, energy-rich region as part of the normal course of history. The West was a problem, certainly, but in a different way than late British colonial officialdom and some of their American Cold War successor-acolytes had imagined it: Westernization and modernization were only amplifying the coercive, illiberal power of newly independent Arab regimes themselves.

Consequently, the nascent Arab middle classes were even more dependent on the goodwill of those vicious new regimes than they had been on the colonial powers. Indeed, everything from import licenses to securing jobs to school admissions required a silent pact with the authorities. And when oil wealth was suddenly added to the sociological fire of a falsely Westernizing Arab world, as Fouad Ajami (echoing V.S. Naipaul) explained: inhabitants of the great cities of the Middle East began experiencing the West only as “things” and not as “process,” importing the “fruits of science” without, as societies, producing them themselves. The results were sophisticated milieus, West Beirut being one for a time, of “Western airs and anti-Western politics.”

The Arab youth were especially dangerous, Kedourie unsentimentally observes: full of “passion and presumption,” they possessed the techniques of Europe without intuiting the cultural processes that had made Europe what it was. They hated their fathers’ world, and saw utopia rather than civil society with all of its messy backtracking, compromises, and checks-and-balances; thus, they paved the way for replacing Arab nationalism with Islamic fundamentalism—a phenomenon of a rapidly urbanizing Middle East, where the traditions of the village have been weakened and must be fortified anew in more abstract and ideological form.

The despair with which the class of Middle East experts in Washington now view the region is one that Kedourie arrived at long ago, and not cynically. Rather, it came about through painstaking historical research.

Read article in full
Posted by bataween at Tuesday, April 28, 2020

Elie Kadouri and V.S. Naipul:
Both understood from the depths of their souls & in their own ways,that Islam and the deeply ingrained behavioral patterns of Muslims {NOT JUST ARABS} were a "heart of darkness" that could not be blamed on 'European Imperialism', Zionist entities or Infidel faiths. And they both understood the self destructive role played by the 'progressive' left combined with the addiction to cheap petroleum, that would do more to retard the inhabitants of the Muslim Orient, than benefit them. The most fundamental questions that must now be asked about the Muslim Orient & it's people of ALL ethnicities, languages, cultures & races: Has Islam left them permanently dysfunctional, and largely incapable of the most basic capabilities for reasonably stable governance ? i.e. Is there grounds for any optimism at all, for the future of the Muslim Orient ? Including their burdensome & dysfunctional diasporas in Europe, the Americas & Australia. Both gifted men paid a price for being right all along, when their corrupt, over-rated peers became intoxicated with the judgment of fools. Please GOOGLE: {1} Norman L. Roth {2}Norman L. Roth, JEWISH ISSUES WATCHDOG

" Elie Kedourie is one of the most under-rated of historians"

I would not say that at all. Kedourie is and has been highly respected. Martin Kramer, for instance, now at the Shalem Center in Jerusalem, has always been full of praise for Kedourie and nostalgically remembers showing him around when he came to Israel.
But I would say that another Iraqi-born historian of a similar name to Kedourie has been overrated and overly honored. That is Majid Khadduri, an Arab nationalist who was partial to Haj Amin el-Husseini, knowing him personally, yet held a prestigious post in an American university, I think it was Johns Hopkins. Nevertheless, his books contain important information but when it came to Husseini, for instance, he covered up the worst parts of Husseini's Nazi collaboration and collaboration in the Shoah.
Kramer, I believe, would proudly admit to following in Kedourie's footsteps and I myself would claim --modestly or immodestly-- to have tried to do the same in my historical articles.
Kedourie and his school, such as Kramer, and their works, are a bastion against the gilded, dishonest mediocrity all too prevalent in modern Middle Eastern studies. Kramer was also a follower and personal friend of Bernard Lewis z'l. Among the more honest historians of the modern Middle East, Kedourie and Lewis were giants.

I agree with you that the Lewis school of MENA studies still has its advocates and Kedourie belongs there - but while you still hear of Lewis's works you do not hear much about Kedourie. I doubt whether his books are on students' reading lists today.