How one Israeli rediscovered his Egyptian roots

When he was growing up, lecturer Haim Netanel took very little interest in his Egyptian roots. Now he is  on a journey to rediscover them. Interesting piece in Israel Hayom: ((With thanks: Lily, Boruch, Imre)

"I knew my parents were from Egypt, but I didn't take pride in it, or hide it. We adhered to 'Israeli-ness.' When my father arrived in Israel, he was very successful financially. At the age of 25, he owned an apartment in north Tel Aviv. He integrated immediately into the Ashkenazi bureaucracy that ruled the country. His boss was from Austria, and they'd speak French to each other.

"The Egyptian-ness stayed at home on my mother's side, too: Arabic movies on TV, and the food. But outside, we were all Israelis. They left Egypt boxed up, within the family. When my dad would listen to [the singer] Umm Kulthum on the radio I'd say, 'Turn off that wailing.' It wasn't Israeli. Later on, after he died, when I fell in love with the subject of Egypt, I was in the car and put on a CD of 'Enta Omri,' [one of Umm Kulthum's best-known songs], and I started singing in Arabic and I connected to the music. I imagined my father smiling in victory and saying, 'Wailing, huh?' The circle was closed as far as I was concerned. 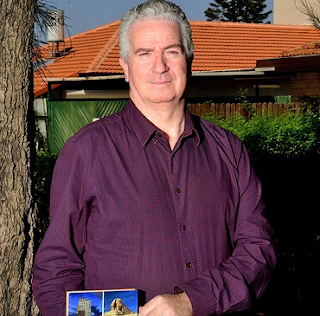 When his father, Ezra Netanel Wahaba, died 12 years ago, Haim set out on a journey to research the history of the Jewish community in Egypt, both in the Land of the Nile and in Israel. He published his work in his book, Am I an Egyptian? "I was curious to know where the Egyptian Jews came from, what their lives were like, how they put down roots here in Israel.

Stories about Egypt always interested me, even though I got them in bits and pieces. My mother is still alive. I heard stories from her, too, as well as from uncles and aunts on her side and my father's side. My dad made aliyah in 1949, when the country was a year old and King Farouk still ruled Egypt," he says. "That was a different kind of 'Exodus' that what my mother's family experienced. They left in January 1957, two months after Operation Kadesh, under [Gamal Abdel] Nasser. The position of Jews in Egypt was getting worse. In the public sphere, they were personally attacked, and Jewish shops were nationalized. Their possibilities of making a living were restricted and they felt that time was running out and they had to leave. Jews began to abandon Egypt.

My father and his family were harassed after the War of Independence, but under King Farouk the situation was much better. At that time, envoys of the Jewish Agency were in Egypt and they encouraged the Jews to make aliyah, so the family decided to."

The story of Egyptian Jewry is different from that of most Jewish communities in Arab countries. It was not a community that could boast ancient roots, like those in Iraq, Syria, Morocco, or Tunisia. "Egyptian Jewry was made up of immigrants," Netanel explains. "Only a few of them had roots in Egypt that went back a few generations. Most arrived from different places: Syrian traders from Aleppo, who acclimated into Egyptian society very quickly because they spoke Arabic; Ashkenazi Jews from eastern Europe – there was an Ashkenazi synagogue in Cairo – there were Jews from all around the Mediterranean: Turkey, Greece, Italy, and France; and also Jews who had come from Aden in Yemen, which was a British colony, who were on their way to the Land of Israel and wound up staying a generation or two in Egypt."

"There were differences not only between these groups, but between the Jewish communities in Cairo and Alexandria. The former, in its songs and customs, was much more similar to that which had arrived from Syria. The latter was mostly made up of Greek and Ashkenazi Jews. What united the community were its leaders. The community enjoyed total religious autonomy. Cultural life centered around the synagogue. In the Jewish neighborhoods of Cairo, there were synagogues for nearly every cultural group.

Each preserved its own heritage.There was something else that distinguished the Jews from the rest of the Egyptians: "When the British controlled Egypt and had control of people's lifestyles, they allowed the Egyptians to settle the matter of citizenship. The Jews gave up Egyptian citizenship willingly. Most of them held citizenship in other countries and it wasn't urgent for them to be Egyptian citizens, which would have required them to serve in the military and fulfill other obligations. They preferred to isolate themselves. Later on, when some of them sought citizenship, the Egyptians made it difficult for them. Even those who had been born in Egypt weren't given Egyptian citizenship."

"The initial refusal of citizenship was heavily exploited by the authorities later on. Nasser, in particular, used it. The attacks started with riots that targeted Jews during the War of Independence, and the Arabs' defeat caused the Egyptians to feel immense anger toward their Jewish neighbors. Because the Jews weren't citizens, anything could be done to them and they could always be portrayed as outsiders. They were called 'Zionist,' even though a lot of them weren't."

Read article in full
Posted by bataween at Thursday, April 16, 2020