If you think that the annual Ramadan TV series is an indicator of the improving image of Jew in the Arab world, you will be sorely disappointed by this year's offering, according to the Jerusalem Post. The Jewish Quarter in 2015 turns out to have been a flash in the pan: El Nahaye (The End), a 30-episode show due to air in Egypt, continues the dehumanising trend. In one scene, a history teacher tells his class  claims that “the overwhelming majority of Israel’s Jews fled and will return to their countries of origin”adding“in Europe”, as if the Jews of the Middle East and North Africa never existed. The director Yaser Sami has said that the Arab dream of the end of the the Zionist entity, depicted in the series,  will come about in  2120.
On the other hand, this year's Saudi-produced series for the Gulf States does have a Jewish heroine. 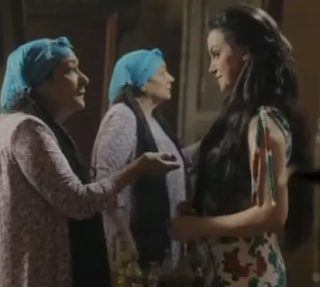 A scene from the 2015 series The Jewish Quarter: its philosemitism was a flash in the pan

Ramadan in 2013 featured Khaybar, a drama showing relations between Jews and Muslim in Medina that led to the Prophet Muhammad expelling the Jews from Khaybar, an oasis in the western  Arabian Peninsula. In 2017 the show Kalabsh featured an American Jewish woman using her guiles to get an Egyptian diplomat to harm Egyptian national security.

And in 2019 the Egyptian viewer was treated to Alzyb’a, which portrayed Jews as being in control of the world. One exception was in 2015, when a series aired called The Jewish Quarter did not dehumanize the Jews to the degree expected, something that led to praise for the series in some Western press, but criticism inside Egypt itself.

In other words, during Ramadan – the time when television viewing is at its peak – the Egyptian viewer is exposed nightly to shows featuring popular actors that demonize Jews and Israel.

And this year is no exception, with a private Egyptian station airing during Ramadan a 30-episode show called El Nehaye (The End) that tells of a future war to liberate Jerusalem, the destruction of Israel and the dispersion of its Jews to their countries of origin.