The author of what is widely considered the best English-Farsi dictionary yet produced died 50 years ago. Iranian Jews still revere the memory of Solaiman Haiim, while the Iranian regime has erased his legacy. Karmel Melamed writes in JNS News:

As most Americans focused on Super Bowl Sunday last month, nearly 600 Iranian Jews gathered at the West Hollywood Temple Beth El to mark 50 years since the death of Solaiman Haiim, one of their community’s greatest scholars.

The name Haiim may not mean much to Americans or even most American Jews, but in Iran he was a legend, respected by Jews and non-Jews alike for creating the first English to Farsi and Farsi to English dictionaries. At the start of the 20th century, when Iran was modernizing and many Iranians were gaining higher education overseas, Haiim’s comprehensive two-volume dictionary was an invaluable resource, helping hundreds of thousands of students overcome the language barrier. 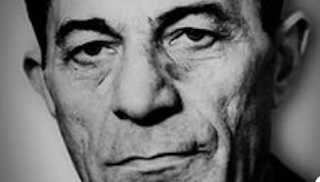 While Haiim is still remembered and honored in Iranian Jewish circles, however, the Iranian regime has done everything in its power to erase his legacy. Haiim’s life story is something that must be kept alive for the new generation of Iranians.

Haiim was born in 1887 in the poverty-stricken Jewish ghetto in Tehran to a religious Jewish family. His early education was in the maktab, or a grade school, but he later attended the Etehad High School in Tehran, established by the French Jewish non-profit organization “Alliance Israélite Universelle.”

The Alliance was created in 1860 by affluent Jewish philanthropists in Europe to provide a Western education to Jews living in Muslim lands. It was not until 1898 that the Alliance was permitted by the Iranian Qajar dynasty to establish their schools in Iran. Indeed, Haiim was one of the first beneficiaries of the Alliance school in Tehran, later enrolling himself in the American College of Tehran to complete his education and learn English. After graduating from the college in 1915, Haiim became a full-time teacher at the college and single-handedly began work on an English-Farsi dictionary.

His first, smaller dictionary received praise from students and scholars, but beginning in the 1920s, it became obvious there was a need for a more comprehensive work due to Western governments’ business and diplomatic activities in the country. Haiim worked nearly 18 continuous hours per day to complete this more comprehensive English to Farsi dictionary, finally completing it in 1929. It was published in two expansive volumes.

Dictionaries of Judeo-Arabic
Posted by bataween at Friday, March 20, 2020