Michele Sciama, a former secretary-general of the Jewish Community of Milan,  has died of the COVID-19 coronavirus. Born in Cairo in 1941, he was a driving force behind the Edoth project, which aimed to collect oral testimony from Jews born in  Arab and Muslim countries. Article in Moked: 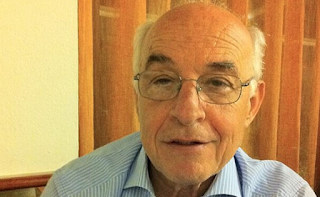 Sciama, known to his friends and family as Micky, was 79 when he died Monday morning. He is survived by his wife, Viviane, and two daughters, Dalia and Stefania, the Italian-Jewish Moked news site wrote in an obituary. He was particularly close to the family and that of the Egyptian Jewish community.

Life had led him to study in London, where he had graduated in engineering, and subsequently in Milan, where for decades he had been first company manager and then, from 1993 to 2007, secretary general of the Jewish Community.

After his professional experience he had made his skills and enthusiasm available to Milanese Judaism and the CDEC Foundation. An overwhelming force, a fire that animated him and that forced those around him to share his planning. Micky was one of the main animators of the Edoth (community) project, which is responsible for collecting the testimonies of Jews forced after the Second World War to abandon the Mediterranean communities, from Syria to Lebanon, from Libya to Iran and precisely to Egypt.

He had promoted it and through numerous interviews with Egyptian Jews and their testimony, which enriches the CDEC collection,  it would have been impossible without the indispensable role played by Micky Sciama.

Read article in full
Posted by bataween at Tuesday, March 17, 2020