How education evolved for Jews in Beirut

In April 1856, the Austrian-Jewish writer Ludwig Auguste Frankl stayed in the old Jewish quarter of Beirut. He describes seeing a small room in  the  synagogue where 70 students were learning to read and write Hebrew and study the Bible. The rabbi was Aaron Yedid-Levy. 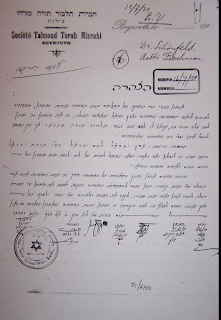 According to Nagi Georges Zeidan, a Lebanese researcher with a special interest in the Jewish community, this institution was the forerunner of the Talmud Torah school in Beirut. In 1922,
the Jewish newspaper of Lebanon announced that  the Talmud Torah school in Beirut  had celebrated its 42th anniversary.
When the school was founded in 1880, it was only attended by boys. It was located on Philip El Khazen Street,  later known as Wadi Abu Jamil. A letter in Hebrew (left) dated 12 July 1920  was sent from the Torah Mizrahi in Beirut to notify the Central Committee in  Jerusalem of the school's change of name.

According to Zeidan, the Maghen Avraham synagogue was built on the site of the school which was moved to the rear of the building and renamed Selim Tarrab school. 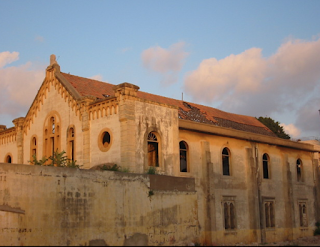 The Maghen Avraham synagogue prior to its restoration 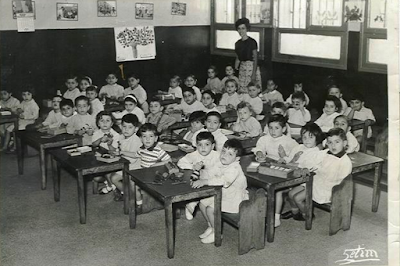 
The Selim Tarrab school acted as a primary feeder school for the Alliance Israélite Universelle*.  It took in mostly needy children and was the second largest Jewish school in Lebanon. The school's director until 1970 was Joseph Khodri. The Selim Tarrab school was closed in that year and demolished in 2003. Khodri went on to become deputy head at the Alliance Israelite until he left for Mexico in 1974. The Alliance school closed a year or two later. 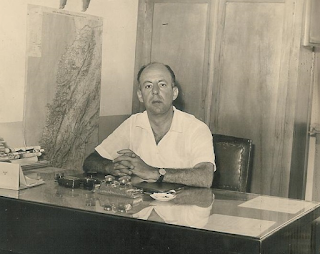