The news that Prime minister of Israel Benjamin Netanyahu met the Sudanese leader Abdel Fattah al Burhan to begin the process of 'normalisation', has surprised many. It is unlikely that the former Jews of Sudan were on their agenda, but this seems a fitting moment to remind readers that Sudan once had a thriving community of almost 1,000 . In September 2019, the Sudanese government invited  Jews to return, promising them full citizens' rights.

Unbeknown to many, there was once a community of Jews living in the Sudan. This community, like most living in Arab countries, was driven to extinction in the last 50 years and its descendants dispersed to Israel, France, Switzerland the US.

But an earlier community, before the arrival of the British, was decimated when Jews were forcibly converted to Islam. The modern community grew and thrived after the British under Lord Kitchener reconquered the Sudan in 1898. The country came under Anglo-Egyptian rule. 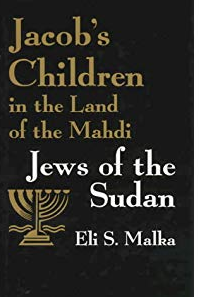 Eli Malka, the son of Solomon Malka, chief rabbi from 1906 to 1949, served as honorary secretary, president and member of the Executive Committee of the Sudan Jewish Community for 30 years until his final departure in 1964.

The community produced wealthy world leaders of Jewry, such as Nissim Gaon, president of the World Sephardi Federation, and Leon Tamman, one of the founders of the World Organisation of Jews from Arab Countries.

Tamman died in 1995. In 1975, out of fear of vandalism, some of the graves in the downtown Khartoum Jewish Cemetery (which dates back to the 19th century), including those of Eli Malka's family, were transferred to the Givat Shaul cemetery in Jerusalem. In the late 1980s, the Gaon family and others exhumed the graves of their relatives and flew them for reburial in Geneva.