US Jews hold first mission to Saudi Arabia in 30 years

A delegation of 30 Jewish American leaders was hosted by senior government officials last week in Riyadh, Saudi Arabia, for a four-day summit organized by the Conference of Presidents of Major American Jewish Organizations, the first such specifically Jewish delegation to the Sunni Muslim kingdom in nearly three decades, JNS reports. 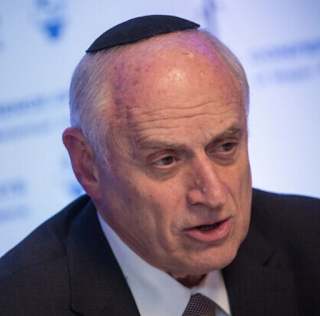 The mission to the Saudi Arabia took place just a week after a report that efforts are underway to organize a breakthrough public summit between Israel’s prime minister and Persian Gulf leaders in the coming months. The mission also takes place just two weeks after the rollout of U.S. President Donald Trump’s “Peace to Prosperity” vision for peace between the Israelis and Palestinians—a plan that is believed to be supported by numerous Gulf States.

“We had an open dialogue. We met with high level officials and raised our concerns,” said Conference chairman Arthur Stark. “They raised their concerns, and we hope and believe that this is a step in a long and productive relationship, that mirrors other visits that we’ve had to Gulf States where the embrace of Israel is clearly already there.”

Read article in full
Posted by bataween at Tuesday, February 18, 2020

This can only be good news. I recently attended at talk Jews in Arab Lands at the Jewish Historical Society of England, Essex Branch, where Edwin Shuker gave an interesting history of his homeland, Iraq, where he is trying to protest and restore 17 important Jewish heritage sites.
CLICK HERE for Bazza’s currently comatose Blog ‘To Discover Ice’

they should take a look at what the Saudi education system teaches children about Jews. it's Antisemitic and disgusting.