How Libyan Jews were deported during World War II

From 1940, attempts were made to deport foreign nationals from Libya. About half the 2.542 French nationals were Jews, expelled to Tunisia and interned as enemy aliens in camps. Fifty died in allied bombing at la Marsa, among them  13 members of Maurice Roumani's family. In this important article in Haaretz, he traces the effects of antisemitic laws on Libyan Jews during World War II.

I was a child when I was deported in a truck together with my parents from Benghazi to Tunisia, and I was a witness to the bombing of La Marsa, a suburb of Tunis, on March 10, 1943. Thirteen members of my family were killed there, among them my grandmother, aunts and uncles, and other relatives. 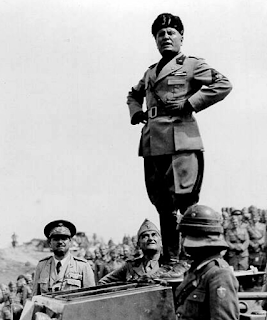 For many years, I have probed the circumstances of the bombing, and in the course of my searching, I discovered and reconstructed from archives new details about the evacuation and deportation of Libyan Jewry to French North Africa during World War II.

The beginning lies in 1938, when fascist Italy under Mussolini enacted the Racial Laws against the Jews. Although Libya was under Italian rule, the laws were not implemented there, thanks to the country’s Italian governor-general, Italo Balbo, who considered the Jews to be an important element in Libya’s economy, and tried to downscale the discriminatory measures taken against them.

Following the tragic death of Balbo, in 1940, two temporary governors were appointed and dismissed in rapid succession, before the appointment of Gen. Ettore Bastico, in July 1941.

That September, Bastico demanded that the 7,000 foreigners in Libya, among them several Jews, be transferred to Italy. Bastico claimed that their loyalty was dubious and that their presence was aggravating the food shortage. The Italian Interior Ministry vetoed the idea, citing insufficient prison space, a lack of construction materials for new concentration camps and transportation problems. The ministry suggested that the “dangerous nationals” be interned in concentration camps in Libya itself – and if not, the French and Tunisian citizens (Jews and Muslims alike) among them should be deported to their countries of origin: Tunisia, Algeria and Morocco.

Despite the plan’s official authorization by Mussolini himself, on September 20, 1941, the operation turned out to be complex and difficult to execute. Over a period of almost two years, between February 1941 and November 1942, the Cyrenaica region in eastern Libya, where Benghazi is located, passed back and forth between the warring sides five times. When the Italians retook Benghazi in April 1941, the city’s Italian residents looted Jewish stores and homes on the pretext that the Jews had aided the Allies and were speculating on food prices. Two Jews who tried to ward off the rioters were murdered.

Read article in full
Posted by bataween at Tuesday, February 11, 2020

Email ThisBlogThis!Share to TwitterShare to FacebookShare to Pinterest
Labels: Holocaust in Arab and Muslim lands, Jews of Libya, Jews of Tunisia