How Jewish identity has developed in Morocco 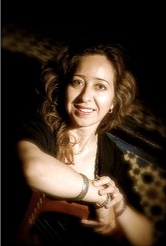 The musicologist and academic Vanessa Paloma Elbaz muses on the fluidity of Jewish identity in Morocco. When the country first became independent,  components of its Berber and Jewish identity were suppressed. Now, however, they are emerging in surprising ways. Read her article, Muslim descendants of Jews in Morocco: identity and practice, published in the Journal of Spanish, Portuguese and Italian Crypto-Jews in 2015.

One day a young Jewish girl from Fez had a fight with her family and ran out of the mellah and banged on the doors of the mechouar (surrounding the royal palace) They opened the doors, she ran in and was never seen again.

They raised her in the palace, she converted to Islam and was married to a Muslim. In 2014, she told her adult granddaughter of her story, that she was a Jewish girl from the mellah of Fez. Her granddaughter is Muslim but is puzzlingly attracted to us [older Jewish ladies],she looks just like a Jewish woman from Fez, blond with large green eyes.

Since 2010 a small group of Moroccan Muslims with Jewish ancestry have been reintegrating parts of their Jewish identity and practice into their lives. As with any group that recaptures lost identities, identity reconstruction occurs on a continuum of practice and engagement. In Morocco, publicly identifying with Jewish ancestry seems to be emerging from being completely taboo as recently as ten years ago to some who are maintaining a firm connection to Muslim practice while recognizing Jewish ancestry.

At the furthest extreme of this continuum, a small number of young Moroccans (five cases known to me) are engaging with Jewish ritual practice. This article will address the negotiations around and development of this continuum of identity and practice in contemporary Morocco.

These Muslim Moroccans who are exploring the Jewish component of their ancestry are contemporary examples of the kinds of negotiations and decisions that Crypto-Jews made 300-400 years ago, only a few generations after the forced conversions of 1391 and 1492. Their experience is not an exact parallel but when taking a closer look, one observes many shared elements of a similar process. Catholic Spain had forced conversions, an expulsion, an Inquisition, hundreds of years of
terrorized Crypto-Jews.

In contrast, Morocco has been a country where the Jewish population felt protected by the government and only during brief time periods there were waves of forced conversions tied to periods of  political and religious unrest for the general population.

Morocco is the only country in the world, apart from Israel, where Jewish family law is legally binding as a national law for Jews in contemporary times.

The origin of this manner of structuring legal concerns of the Jewish minority started during Cher-ifian Morocco. Because of the status of Jews in Islam as People of the Book they could be judged by their own Rabbis. As such, the Jewish community had a contract with the authorities which provided protection and legal independence after the community payed a tax: dhimmi, protected non-citizen minority (Amar, 1980:223).

In contemporary Morocco, Jews use the rabbinical courts  in reference to family law: marriage, divorce and inheritance. For Moroccans these issues are resolved according to religious law: for Jews and for Muslims.

During the French and Spanish protectorates (1912-1956)the religious courts were reorganized by two dahirs from May22, 1918. The first one addressed the reorganization of the Rabbinical tribunals and the Jewish notaries and the other one instituted a High Rabbinical Tribunal (Amar, 1980: 226). Moroccan Jews were considered by the French and Spanish Protectorates as “indigènes” just as Moroccan Muslims. Legally and politically Jews and Muslims were just Moroccan in the eyes of the Europeans. But, since the Jews had been dhimmi in the eyes of Moroccan Muslims and of some Jews, the perception of the (Moroccanness) of the Jews was not clear.This very “Moroccanness” of Moroccan Jews was questioned by both Jews and Muslims during the years after Moroccan independence in 1956 from both the French and Spanish protectorates.

The founding of the State of Israel and the tensions felt in Morocco during and after the wars of Israel with their Arab neighbors, as well as rising pan-Arabism, a visit of Nasser to Morocco in 1960 and a push by both a Moroccan Islamic political party (Istiqlal) and efforts from HIAS and the American Jewish Joint Distribution Committee to encourage Jewish emigration, pushed thousands of Jewish Moroccan families to leave in the sixties and early seventies.

During those years saying the word Israel was frowned upon in mixed company (Jewish and non-Jewish), and people said they were going to eretz (the land),  le  pais (the country) or alla (there). In postcolonial Morocco, the Jewish component of Moroccan history (as well as the Berber portion) was omitted from the educational curriculum in the desire to build a homogeneous Arabic national Moroccan narrative. In other words, it was the time to build a Moroccan identity after the years of European government, and the de facto decision was that Moroccan meant Muslim and Arab. This definition eliminated the richness of Moroccan’s complex identity and erased the Jewish component, and more dramatically the Berber element, which is about 60% of the Moroccan population, from national discourse of identity.

The legal independence that the Jewish community has had historically and continues to have today in relationship to the Muslim majority has been an important element in the maintaining of a vibrant minority community. The government’s official respect of Jewish traditions, supported institutionally by the inclusion and financial support of Jewish courts within the national legal system is one of the ways that Moroccan society has confirmed the “Moroccanness” of the Jewish community.

Considering the various historical waves of Jewish migration into Morocco, Moroccan Jews have various levels of layered influences in the formation of their identities as Jews and as Moroccans.

There are Berber Jews (Amazighen), Arab Jews and Sephardic Jews. They were traditionally based in different geographical areas, had different languages, dress and culinary traditions. The most recent influx was the Sephardic Jews who flowed into Morocco in the years before and after the expulsion. These communities were discrete from each other but none of the boundaries were impermeable. The internal migrations of Jewish populations throughout Morocco at different historical periods has brought members from every one of these communities into the other.

In his monograph “On Identity,”Amin Maalouf, the Lebanese Christian writer who explores the theme of identity and belonging, succinctly articulates the complex factors forming and developing one’s identity. What determines a person’s affiliation to a given group is essentially the influence of others: The influence of those about him, relatives, fellow-countrymen, co-religionists, who try to make him one of them; together with the influence of those on the other side, who do their best to exclude him […] He is not himself from the outset; nor does he just ‘grow aware’ of what he is; he becomes what he is […] Deliberately or otherwise, those around him mould him, shape him, instill into him family beliefs, rituals, attitudes and conventions, together of course with his native language and also certain fears, aspirations, prejudices and grudges, not forgetting various feelings of affiliation and non-affiliation, belonging or not belonging (Maalouf, 2000: 20-21).

In other words, identity is formed by connecting to a group with which there is an affinity and disconnecting from one where that does not exist.

Read article in full
Posted by bataween at Friday, February 07, 2020