Morocco and the tale of the key under the mat

Morocco, it is often said with good reason, was not like other Arab countries, such as Egypt or Iraq, whose governments actively persecuted and sometimes brutally expelled their Jews. Yet if life was so troublefree for Jews, why does only one percent of the Jewish population remain?

The reasons why they left have to do with a more subtle form of antisemitism. In the early sixties, the atmosphere became increasingly hostile; there were several instances of Jewish girls being forcibly abducted, and their conversion to Islam announced in the newspapers. 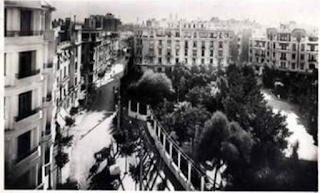 Here is one story, told to Point of No Return by a Jew who left Morocco in 1967.

A Jewish girl from Casablanca was abducted one Saturday morning. Her father, helped by police officer friends, managed to find her in Marrakesh.

They returned to Casablanca. That evening, the girl was put on a 'plane to Paris.

The next day was Sunday. That afternoon, the mother fled  with the other children to France.

On Monday afternoon, the father, having settled his bills, also left Morocco.

He locked the door of his house and put the key under the mat.

On Tuesday morning, the gang of would-be kidnappers came back to Casablanca. There was nobody left  against who they could take their revenge, and the house was theirs for the taking.

He didn't have a match?