Mizrahi voters are not motivated by identity politics

The Israeli Labour party is merging with the far left Meretz party. This looks like another disastrous lurch away from key Mizrahi support, if the academic Nissim Mizrahi is to be believed.  Identity politics are not  the right conceptual framework to win over Mizrahim to the left, he argues in this lengthy Haaretz interview. The Mizrahim are wedded to 'Jewish values' - patriotism and tradition - which the left seems to denigrate. Missing from Mizrahi's analysis however, is the elephant in the room: the bitter experience of the Mizrahim with Arab and Muslim antisemitism.

All the empirical research we’ve done shows that the Mizrahi majority is upset by the Tel Aviv left and even hates them, but that it doesn’t necessarily talk about it in ethnic terms.

When you look at the ethnic dispersion, you have a person bearing the name ‘Peretz’ in both the religious Zionist movement and in Labor. Both are of Moroccan origin, one was a pilot in the air force [Rabbi Rafi Peretz], both are in the Knesset and are or were in the government.

How could that be, if the extreme right in Israel is Ashkenazi by origin?

The Mizrahim have no problem being led by an Ashkenazi who is good for the Jewish people. On the contrary. They have Mizrahi heroes like Rabbi Ovadia Yosef – but there are also Menachem Begin, Netanyahu, Naftali Bennett.

When did they vote [only] for Mizrahim? What are they angry about now and who are they defending – a Mizrahi?

Certainly those termed Bibi-ites have an ethnic complexion, but the organizing principle underlying the sense of belonging to the camp is not ethnic.”

If the so-called genie is no longer ethnic, what is it now?
Anyone who tries to paint it only in ethnic terms, based on the notion that ethnicity and Mizrahiness are the organizing principle, will be wrong time and again. That is what the left tried to do, for example, when they made Avi Buskila executive director of Peace Now, and the Mizrahim did not come.”


Is that why Avi Gabbay failed as leader of the Labor Party?

“That question is better suited to political commentators than to sociologists. But I think that Mizrahiness in itself is not a commodity that is in great demand among the Mizrahi public. In other words, to be a Mizrahi is definitely not a sufficient condition nor a necessary one for political success. That’s not how identity politics works.”

What do you mean?

“The presupposition that the Mizrahi public views itself as a minority group, defines itself first and foremost as Mizrahi and therefore seeks Mizrahi representation, is unfounded. You see the contrast between the leadership of Labor-Gesher and the leadership of Likud – it’s a live experiment going on before our eyes. You see that three worthy Mizrahim are unable to attract votes from the right.” 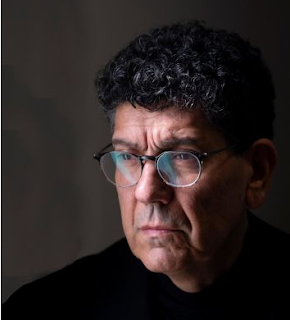 So maybe the Labor Party or the left need to stop trying to find the Mizrahi person who will speak liberalese.

“Of course. That is a categorical error of the left. It’s an almost vulgar and simplistic application of identity politics, based on assumptions that inequality and oppression are the be-all and end-all of what motivates Mizrahim in Israel. That conception has failed time and again.

” So, what you are actually saying is: Stop thinking about this fantasy of appealing to new communities, meaning the Mizrahim.

Those are cheap tricks that all Likud voters recognize instantly. There are all kinds of attempts based on the thesis that the vote of the Mizrahim is an anomaly, and seen through this lens, liberals are unable to see and perceive what those voters are actually saying. If they say things that are not compatible with the liberals’ imagined order, the latter immediately shut their ears and look for tricks.

Gabbay, for example, tried to signal something when he said, ‘The left has forgotten what it is to be Jewish.’ He was saying that there is a population here whose loyalty to Jewish values and the state’s Jewish identity is very deep and should not be maligned. ”

But then everyone pounced on him.

“True. The left thinks that Haaretz can run articles all the time stating that God is nonsense and those people are idol worshippers, all kinds of enlightened talk said as if it was something avant-garde. Maybe it was avant-garde in the 18th century. Simplistically, I can say that the left cannot change without undergoing a deep metamorphosis – without examining itself from a slightly more humble position.

To understand that the liberal vision is only one vision of order and it is not eternal. It’s true that Francis Fukuyama declared the end of history, but we’ve seen what happened to history since then.”

Read article in full
Posted by bataween at Monday, January 13, 2020