Israelis will NOT be able to visit Saudi Arabia after all

Reports that Israelis would be able to visit Saudi Arabia have proved premature, perhaps because the immiment announcement of President Trump's peace plan demands that the Saudis demonstrate solidarity with the Palestinians. The Algemeiner has the story:

Saudi Arabia’s foreign minister said Israelis were not welcome to visit the kingdom after Israel decreed that Israeli citizens could visit Saudi Arabia under certain circumstances, CNN reported on Monday. 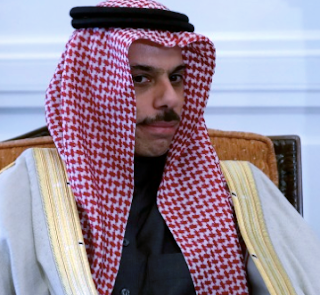 “Our policy is fixed. We do not have relations with the State of Israel.Israeli passport holders cannot visit the kingdom at the current time,” the US broadcaster quoted Prince Faisal bin Farhan as saying.

Israel‘s interior minister had said on Sunday; Israelis — if invited and permitted by Saudi authorities — would be allowed to travel there for religious reasons on pilgrimage or for up to nine days for business reasons such as investment or meetings.

Israelis, mostly Muslims going on pilgrimage, have for years been visiting the kingdom, which hosts the two holiest sites in Islam, but usually with special permission or using foreign passports. “When a peace agreement is reached between the Palestinians and the Israelis, I believe the issue of Israel‘s involvement in the region will be on the table,” Prince Faisal said.

Read article in full
Posted by bataween at Tuesday, January 28, 2020

Why does the Israeli government tend to be overeager to make such pronouncements, which inevitably leads to hasty denials?

Is it because the former tends to over-inflate any positive crumb of info / speculation or a case of the latter embarrassing the former by its denials?

I have travelled from Tel Aviv to Egypt and Jordan, and had truly interesting tours. But I am not so sure about touring Saudi Arabia, Iraq etc.

What a fantastic website! This is so chock full of useful information I can't wait to dig deep and start utilizing the resources you have given me. I recently joined a guwahati acting school and i work there as a content writer. As always, thank you for your wisdom and great guidance. You're the best!” I love reading your contents and the clarity with which you think.