Israelis to be allowed to visit Saudi Arabia (updated)

UPDATE: The Saudi Foreign Minister has now said that Israelis will not be able to visit the Kingdom.

In a further sign of warming relations, Israeli citizens will be allowed on pilgrimage to Saudi Arabia or to make business deals, Bloomberg reports. 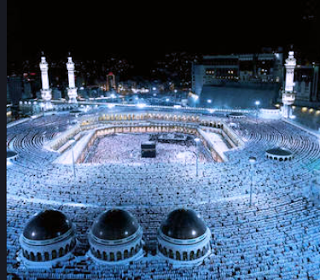 The Hajj in Mecca

(Bloomberg) -- Israelis will be allowed for the first time to visit Saudi Arabia, either for business reasons or to attend Islamic pilgrimages, Israel’s Interior Minister Aryeh Deri said on Sunday.

Deri signed a decree allowing exit permits for Israelis in those two instances, according to a spokesman for the minister.

The move is a further marker of warming ties between Israel and the Arab states of the Persian Gulf, as they are united by a shared interest in combating Iranian influence in the region. Previously, Israelis hadn’t been allowed to visit Saudi Arabia.

Despite the new decision, it will still be difficult for Israelis to travel there since no airlines fly directly between the countries and the two sides don’t have official relations. According to the Sunday announcement, Israelis will now be able to visit either for religious pilgrimages such as the annual hajj or for business reasons including seeking investment.

An Israeli visitor would also need to arrange entry into Saudi Arabia from a government entity. Israeli Muslims in the past traveled to Mecca for the annual hajj pilgrimage on temporary Jordanian passports, but a 2018 report in Haaretz said Saudis would no longer allow pilgrims to travel via that loophole.

Read article in full
Posted by bataween at Monday, January 27, 2020