Iraq-born Jew profiled as 'father of the drone'

Abe Karem, an Iraqi Jew, was  profiled in a recent article in the prestige publication The Economist as 'the father of the drone'.

Karem is considered the founding father of drone technology. He is the founder of Leading Systems, which eventually became the divisiton of General Atomics which builds the Predator and its successor the Reaper. He now leads Karem Aircraft. More about him here. 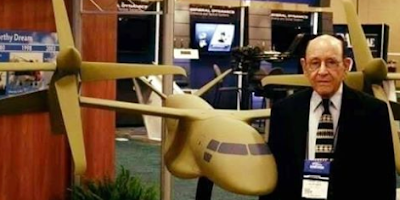 Born in Baghdad in 1937 Karem (pictured)  had a passion for flying from an early age. When he was 14 he started building his first model. Arriving in Israel with the mass exodus of 1951 he graduated in Haifa as an aviation engineer. He moved to Los Angeles, built a private hangar in his own home in which he designed the Albatross 'plane, the ancestor of the drone.

There is, however, another Mizrahi pretender to the title 'father of the drone' -  the Egyptian-born David Harari.

Harari worked for Israel Aircraft Industries (IAI) and witnessed the shooting-down of  of 200 Israeli pilots by Egyptian surface-to-air missiles over 48 hours in the Yom Kippur war. In a race with the Americans, IAI then launched the Sout programme: flying television cameras with wings, a motor  and a communication system. In 1979 the first unmanned aircraft flew successfully. Before delivery to the military, the final prototype was sent on a secret mission to the Bekaa valley in Lebanon.

Email ThisBlogThis!Share to TwitterShare to FacebookShare to Pinterest
Labels: Jews of Egypt, Jews of Iraq