From South America to England, via Morocco

Vanessa Paloma Elbaz is both a musical performer and an academic specialising in Moroccan music. Profile by Jessica Duchen in the Jewish Chronicle: 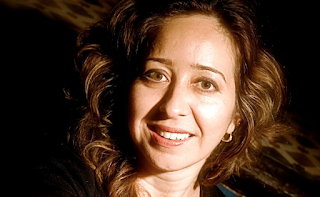 It is not every scholar who can be described as a “one-woman roving museum”. But Vanessa Paloma Elbaz, who drew that plaudit from the New York Times, is no ordinary academic.

Currently based at the Cambridge University music faculty, she is a remarkable mix of writer, performer, anthropologist and Earlier this year she was presented with the inaugural Florence Amzallag prize from the American Sephardi Federation and Mimouna Association at the Center for Jewish History in New York.

It is the latest in a string of prestigious awards and grants that have attended her in what could seem a niche field, yet has wider implications. The focus of her research is music and politics in the Mahgreb, the Moroccan Jewish community and Judeo-Muslim relations through culture and cultural diplomacy.

This unusual path has taken her from Atlanta, Georgia, to Puerto Rico, Morocco, Jerusalem, Paris, across the US and now to the UK, delving ever deeper into her passion for traditional musics and their significance.

Elbaz’s parents are both academic anthropologists. Her mother is from Colombia, from a family originating in northern Morocco. “She and my father met in Atlanta when he was a professor at the university and she was a postdoc,” she says. Elbaz was born there, but raised largely in Puerto Rico, where her father became vice-president of the university.

Read article in full
Posted by bataween at Friday, January 03, 2020