The 30 November commemoration of the exodus of Jews from Arab countries has passed without fanfare, while the Palestinian refugee issue remains far better known, writes Jonathan Tobin in JNS News.

Within a few years, Jewish communities that had been in existence since the first millennium or earlier were largely destroyed as riots and heightened official discrimination drove hundreds of thousands from their homes.

The birth of Israel, which was seen as a humiliation by Muslims who believed that none but members of their faith could govern anywhere in the region, gave an excuse to those who wished to target Jews. Nevertheless, the notion that Jewish life in the Arab world was a golden age disrupted only by Zionism is a myth. 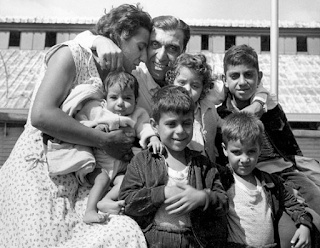 At various points in history, the plight of Jews in the Muslim world was less awful than that faced by their co-religionists in Christian Europe. Still, to depict it as anything but one in which Jews existed at the sufferance of Muslims is fallacious.

These communities had deep roots and enjoyed periods of prosperity, but Jews were rarely, if ever, fully accepted as equals. To the contrary, every period of peaceful coexistence was always punctuated with new outbursts of hatred and intolerance.

What happened in the 20th century was not a complete break with history as Arab nationalists used Jews and Zionism as scapegoats for the failings of the Muslim world. Those who spread hate against Jews found it easy to do so because such discrimination was deeply embedded in the culture of the Arab and Muslim worlds.

While we should mourn the destruction of these communities, the emigration of so many of their members to Israel enabled their culture and learning to flourish anew in a country where they were truly at home. And even though these immigrants suffered from discrimination at the hands of Ashkenazi elites, today their descendants constitute a majority of the Israeli Jewish population.

That’s why, in addition to the fact that Israel is a democracy where equal rights are guaranteed under law, the notion that it is an apartheid state is a big lie. The Jews from the Arab and Muslim worlds, as well as those who came out of Ethiopia, are “people of color” as defined by those who see the world exclusively through a racial lens.

Those who buy into intersectional ideology that sees the Palestinian war on Israel as akin to the struggle for civil rights in the United States are dead wrong.

We should learn the stories of these communities not just because doing so puts the suffering of the Palestinians into context, or because it also demonstrates the wrongs committed by Arabs and Muslims in the course of their war on Israel. Their heritage, which is integral to the culture of the Jewish state whose life they have enriched, is deserving of study and honor. Learning the history of these refugees is also a necessary response to those who accept the Palestinian. Once you recognize that the Palestinians weren’t the only refugees in the Middle East, the arguments of those who claim that their plight means that Israel has no right to exist are exposed as transparent falsehoods.

Read article in full
Posted by bataween at Monday, December 02, 2019

Email ThisBlogThis!Share to TwitterShare to FacebookShare to Pinterest
Labels: Jewish refugees/ US campaign