The UNESCO Asia-Pacific Awards for Cultural Heritage Conservation 2019 has announced an Award of Merit for conservation work carried out to the Keneseth Eliyahoo Synagogue, in Mumbai. 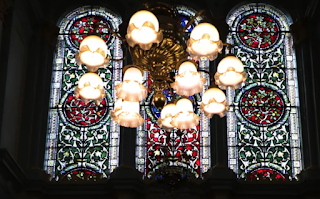 Four landmarks in India have been recognised, of which three are in Mumbai. The Keneseth Eliyahoo Synagogue and Our Lady of Glory Church both receive an Award of Merit, while Flora Fountain receives an Honourable Mention. An Award of Distinction has been given to Vikram Sarabhai Library, Indian Institute of Management (IIM), Ahmedabad, India.

The official ceremony for the Keneseth Eliyahoo Synagogue, hosted by Mr Solomon F. Sopher, Managing Trustee, President and Chairman of the Jacob Sassoon Charity Trusts, together with Mrs Sangita Jindal, Chairperson of the JSW Foundation, on behalf of the Jewish Community of India, will be held at the Synagogue on 8 December 2019.

The UNESCO Asia-Pacific Award of Merit will be officially presented at the Keneseth Eliyahoo Synagogue by UNESCO's Dr Richard A. Engelhardt.

The book The Baghdadi Jews in India (Routledge, 2019) edited by Shalva Weil, will be launched in London on 18 December at an evening to celebrate the Jews of India in words, music and with food. For full details see here.
Posted by bataween at Friday, December 06, 2019