The Beverly Hills Police Department in the US  is “actively investigating” after a synagogue was vandalized in the City of Beverly Hills overnight, the police department said in a media release on Saturday night, Israel time. CMM News has the story:

Police responded to the call at the Nessah Synagogue “shortly after 7 a.m.” local time on Saturday, after an employee notified security when he “found an open door and items ransacked inside the synagogue,” the police said in the release.

Nessah Synagogue was established in 1980 by Persian Jews who immigrated to Los Angeles from Tehran after the Islamic Revolution. Investigators believe a “lone male suspect” aged 20 to 25 is responsible for the crime and committed a number of other vandalisms in the area. The suspect overturned furniture in the building as well as “damaged several Jewish relics,” according to the statement. 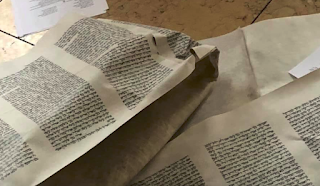 “This cowardly attack hits at the heart of who we are as a community,” Beverly Hills Mayor John Mirisch said. “It’s not just an attack on the Jewish Community of Beverly Hills; it’s an attack on all of us. The entire city stands in solidarity behind Nessah, its members and congregants. We are committed to catching the criminal who desecrated a holy place on Shabbat of all days and bringing him to justice.” 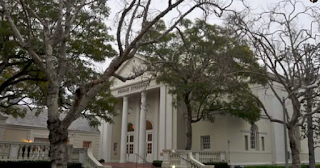