Over 30,000 sign a petition protesting conduct of Sarah Halimi case

Now that a French appeal court has confirmed that the murderer of Sarah Halimi will not stand trial owing to his being under the influence of  cannabis, over 30,000 people and counting have signed a petition addressed to the French Minister of Justice. (With thanks: Michelle) 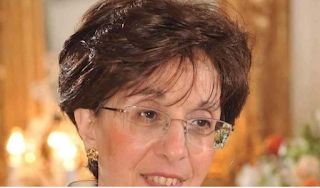 "Many questions remain unanswered, and this is not acceptable.

When justice is not done, or when it is willfully unjust, we must not do nothing. Justice is everyone's business.

These are our questions to Madame Beloubet, Minister of Justice, among others:

- the time it took the BRA (Counter-terrorism Brigade)  to get to the scene (it took nearly four hours for the police to arrive, and the BRA was alerted soon after) but there was no road traffic. Can we have an explanation?


- If the assassin was capable of climbing across two windows on the front of the building, one cannot say that he was "unbalanced"! How do psychiatric experts explain this?


- Why did the police stay in the building for more than forty minutes (26 policemen behind Madame Halimi's door) without trying to intervene?


- Who are the psychiatric experts?


- The author's flagrant anti-Semitism is the root cause of his act. What do you think, Madame Beloubet?


- Are you aware that the Jews of France feel humiliated?

And there are many other questions that we will ask Madame Beloubet, Minister of Justice !

ASK FOR JUSTICE FOR SARAH HALIMI"

THANK YOU FOR SIGNING AND SHARING THIS PETITION.

May memories of Sarah Halimi be a blessing and her family suffer no more sorrow.