On 30 November, articles and services recalled the exodus

On 30 November, communities and individuals took the opportunity to remember the 850,000 Jews expelled or compelled to leave Arab countries. Below are extracts from two articles published to coincide with 'Jewish Refugee Day'. Rabbi Andrea Zanardo made the exodus the subject of his Shabbat sermon.

As a teenager I was fascinated by my mother’s childhood and eventual escape from Iraq. Was it her reluctance to share or my youth? I don’t know, but related stories of those dispersed from the 2,500-year-old Iraqi Jewish community are indeed rare.

I later came to understand that a reluctance to open up was common among survivors of one of the largest, and, sadly, almost forgotten, episodes of mass expulsion of the post-Second World War era.

Born in Baghdad, where Jews comprised a third of the population, generations of my mother’s family deeply integrated. My grandfather served as Member of Parliament and legal adviser to the minister of finance. At home they spoke the local tongue – Arabic. Their neighbours were Muslim and Christian.

Then, in 1941, the Farhoud, a deadly two-day pogrom inspired by European Nazis killed more than 180 Baghdadi Jews and destroyed nearly a thousand Jewish homes. This was the turning point. Anti-Jewish incitement and violence crept into everyday life of Iraq’s 150,000 Jews, now subject to restrictions and hostility fomented by the founding of a Jewish state.

Jewish Iraqis could be arrested as “Zionist spies,” their property seized, and their right to leave denied. Then, suddenly, in 1951, Jews were offered an escape – permission to leave – if they left everything, including their citizenship, behind.

My own grandfather, a proud and passionate Iraqi, refused to leave, believing things would improve. My mother would not see or hear from him again. And thus, two and a half millennia of Jewish presence in Iraq was over. 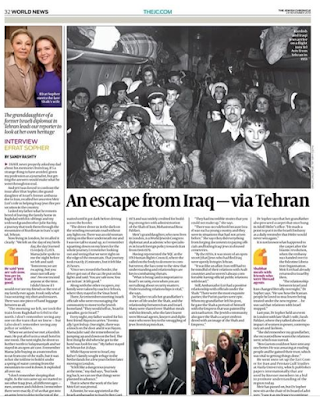 As part of the Shabbat service, Rabbi Andrea Zanardo of Brighton Reform Congregation read out a letter from artist and musician Herbert Pagani to Colonel Gaddafi. Pagani was forced to leave his native Libya in 1969 when the colonel took power:

“…So, what are you complaining about?” the Colonel would say, in his tent. “You wanted to leave, and we let you leave.”

Yes, of course, you even encouraged us to go, stripping of their rights and property the few crazy ones who were still attached to the land. Don’t worry, though, I’m not writing to you out of homesickness.

I write to you to tell that this community of ours is very much alive. It’s growing, and is prospering. It has made a new life for itself, ‘hamdullah’, praised be God, because after we lost everything, we had no choice but to move ahead. 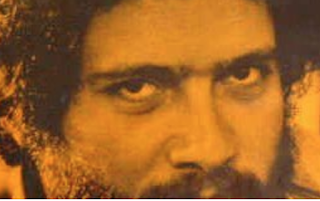 We’re like bees, Colonel. If the owner of the farm steals our honey in September, we make more of it, before winter comes. And if we continue stinging you with our requests for reparations, it’s more out of dignity than out of interest, it is to remind you of your debts, and above all, of your loss.

We are producers of goods, materials and morals, and we always have been, you know that, because we’re not afraid of work, because, for us, work has never been a punishment, but, rather, creativity. And a blessing.

The proof: after just a month in refugee camps in Latina and Capua, our people left the hovels and set off in search of work. Italy, who gave us shelter, thought she was giving us alms, but soon realised that she had made an investment. But you, like all the governors of the new Arab world, wanted to wash out the Jews from the social fabric. In so doing, you’ve ruined its fibres: trade, craft, professions, everything has been lost, and has been swept away, like sand in the desert. And all the expertise you purchase from the Soviets will never replace the ancient wisdom and knowledge of us, whose vocation has always been communication: between human beings, groups, disciplines, kings, States, civilisations.

That same vocation of ours had been indispensable for the grandeur of Islam, of the Russian Empire, of the Ottoman Empire, of pre-Nazi Germany. You could have made it yours, if you had just wanted to. Think about it, dear cousin. I am a songwriter, I was born in that slice of hell in the middle of nowhere that you govern. With the inexplicable love, almost perverse, that Jews have for the stepmother-land that adopts them, I could have made wings for your kings, for your heroes, for your saints and martyrs. I could have sung the praises of that desert of yours, with words that would have made blossom that sand rose you have instead decided to turn into a desert.

But Allah, who is great, and sees everywhere in space and time, had chosen for me to depart, by your hand, so that I could go away and sing my songs under other skies. So that your nation could continue to fulfil the mission it has pursued for centuries: to be the empty white page in the Great Book of Islam.

UN Watch: Where are your Jews?