Mizrahim 'dumbfounded' by academic erasure of their history

What's behind two articles by western academics poohpooing official commemorations of the exodus of Jews from Arab countries? They try to belittle and erase Mizrahi identity and history to fit their own political agenda, argues Hen Mazzig in this hard-hitting article for Times of Israel. Not only do media such as Haaretz think that Mizrahi history is an obstacle to peace, but they show habitual contempt for Mizrahi Jews. It must be said that these academics are not all western or Ashkenazi: Israeli universities apparently do not consider Arab antisemitism a topic for discussion.

The article was co-authored by Chair of Israel Studies at George Washington University Professor Arie M. Dubnov and Professor Lior Sternfeld of the Jewish Studies department at Penn State University. These academics argued against modern-day Mizrahi identity as if it is an identity that was manufactured for the Israeli government’s propaganda efforts. 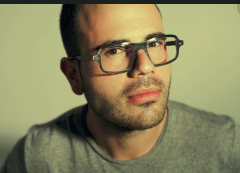 I and all of my Mizrahi friends and family members who read the article were dumbfounded (as we as we were by a similar article Haaretz ran the next day by Sternfeld, this time co-authored by Menashe Anzi, who teaches Jewish history at Ben-Gurion University of the Negev).

Notwithstanding the academic bona fides of Dubnov and Sternfeld, their article is nothing so much as a political manifesto that attempts to erase and belittle Mizrahi identity and Mizrahi history to fit their own political agenda.

Significantly, the vague language on how “Jewish communities in the Middle East and North Africa (MENA) region had undergone different experiences” is a direct attempt at gaslighting the experiences of MENA Jews. While Sternfeld and Dubnov are no experts on Mizrahi history or MENA Jews, the authentic doyen of the history of Mizrahi Jews, and a Mizrahi Jew himself, is the award-winning historian, Professor Shmuel Trigano (professor emeritus of sociology at Paris University).

His rigorous award-winning book “The End of Judaism in Muslim Lands,” stands as a historical counterweight to Sternfeld and Dubnov’s politically charged assertions. Professor Trigano meticulously demonstrates that unifying the expulsion narratives of Jews from different MENA countries since 1945 is the right way to understand our history. One has to look at the exodus of this group as a common history, because of the unity of the Arab League’s actions against this community and because of the common cultural and political factors that MENA Jews share.

Read article in full
Posted by bataween at Monday, December 09, 2019

Mr. Mazzig should be commended for bringing to international attention the historic plight of the mizrahi refugees. Of course, Im just assuming he also includes the centuries old palestinian jewish communities who were kicked out of their homes by Arabs during the same time period as the other mizrahim. If not, then he's just as guilty as the "academics" he criticizes.

These academics are a disgrace. I think that they are loyally following what seems to be the international "leftist" consensus, and thereby serving their cause. I also think that these shameful articles indicate one of the reasons why much of the Israeli academia and of the self-styled cultural elite have purposefully overlooked this Mizrahi history over the years. It simply would not do to put Arabs/Muslims in a bad light. Because Muslim and especially Arabs were in the forefront of the struggle against imperialism. blah blah. They also wanted to maintain the myth that Jews were treated especially better by Muslims than by Christians. Suppose one or the other religion treated Jews better than the other, than would not be saying much. In many ways, life was probably worse for Jews in Muslim lands for several reasons: 1) the oppressive taxes on dhimmis; 2) that individual Muslims were allowed and even encouraged to enforce the oppression and humiliation of dhimmis [Jews, Christians and other non-Muslims in the Islamic state]; whereas in Christian lands the individual, AFAIK, was not to take the law in his own hands but to rely on the Church and the Christian state to enforce laws restricting and oppressing Jews. So Prof Norman Stillman reports visiting Morocco to visit his wife's family, and a kid threw a stone at him very casually as if it were the most natural thing to do. The stone missed but the experience of the Jew is humiliation. Etc etc

Davsil mentions Jewish communities in the Land of Israel dislocated in the British period and during the 1947-49 war of independence. These include Hebron and Gaza city, 1929; and Nablus/Sh'khem 1929 or during the 1936-39 Arab Revolt by Leave. There were several small communities that Jews fled from in 1947-48 such as Kfar Darom as well as Shimon haTsadiq and Nahalat Shimon and the Jewish Quarter of the Old City in Jerusalem. Then there were Qalya on the NW corner of the Dead Sea and `Atarot and Neveh Ya`aqov just north of Jerusalem, now part of nothern Jerusalem, and maybe some others. This is not to mention some Jewish areas in and near the Old City of Jerusalem from which Jews were driven out in 1929 and in 1936-38; and parts of Jaffa/Yafo in 1920-21.