For the first time, a Hanukiah was lit in Casablanca in Morocco in the presence of the Mayor of the city to mark the Jewish festival of Hanucah. Some 700 were present in the hall to witness the event, which was reported on Moroccan TV.

However, the ceremony took place behind closed doors. One wonders what might have happened had the Hanucah candles been lit in the public square, as it is in many cities in the West. 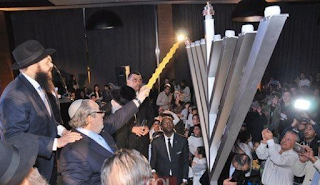 It is not so long ago since lighting the Hanukiah was an occurrence so natural in Morocco that it did not attract media attention.

Here are the children of the Alliance Israelite school in Tangiers lighting the Hanucah candles in 1966. 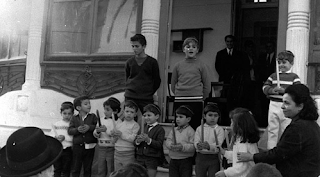 Wishing you חנ שמח  and for those who are celebrating it, a Merry Christmas!