The name's Mordechai. Mordechai Ben-Porat. Profile in the Jerusalem Report of the 96-year-old 'James Bond' of Operation Ezra and Nehemiah, the mass airlift of 120,000 Iraqi Jews between 1950 - 52. Despite Ben-Porat's exploits in the Zionist underground, the article should also have credited the equally aged Shlomo Hillel, a Mossad agent posing as an Englishman, who negotiated the airlift with members of the Iraqi government. It cost 12 dinars to airlift each Jew out of the country. The money was raised mainly by the Joint American Distribution Committee. (With thanks: Lily, Imre and Sami)

It was a hot night in June 1951. Summer’s daytime roasting heat had somewhat abated, but it was still hot. Running for one’s life, hoping to escape a country that sought his life, did not help. Heart pounding, the man’s sweat quickly evaporated into the dry desert air.

As instructed by Israel’s precursor to today’s intelligence agency, Mossad, the undercover shaliah of Mossad LeAliya Bet crouched behind a berm at the end of the runway. It was almost 1:30 in the morning. Head shaved by a gaoler and with two broken teeth, his body ached from recent blows; his battered face was swollen. 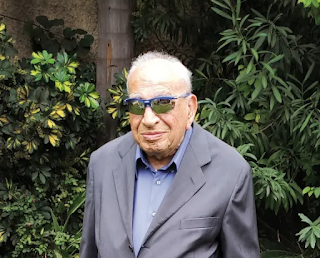 Making his way through a swamp to the hiding place, he was covered in mud. After more than two years of work posing under numerous false identities – including Habib, Zaki, Nissim, Salman, Nouri, Noa, Dror – his cover was blown.

A commercial plane full of passengers taxied to its place for takeoff. Pausing to flash its lights, the signal was given. Dashing out, exposed and in the open, Mordechai Ben-Porat raced to the aircraft’s tail where, he was told, a rope would be dangling.

He would have to climb to freedom – if it was there, that is – and if the secret police did not appear, if the pilot and crew did not panic, if he had the strength to shimmy up the thin and prickly cord.

Arrested three weeks prior, he had been chained and brutally tortured for information. Subjected to beatings, nakedness, sleeplessness, innuendo and threats, his cell mates – murderers and thieves – were sympathetic. His tormentors were compelled to relent only when a Muslim attorney, Yousif Fattal, convinced a judge to grant him bail, including a little extra for the magistrate.