The French-Jewish community is reeling at the news that the killer of Sarah Halimi, who was tortured and thrown out of the window in 2017, will not face trial. Ben Cohen in The Algemeiner reports: 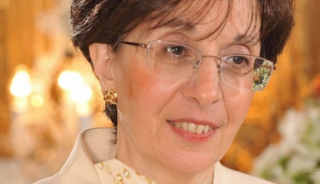 Although it was expected, the court’s decision nonetheless angered the French Jewish community — whose leaders have spent much of this year countering the claim of a court-appointed psychiatrist that Traore’s heavy ingestion of cannabis temporarily wiped out his awareness and his judgement.

In a statement that immediately followed the Court of Appeal’s announcement, CRIF — the representative body of France’s Jewish community — expressed its “dismay and indignation.”

“Is an antisemitic crime the only crime that is excused by the judiciary because of massive drug-taking, whereas in all other crimes the judiciary would consider that to be an aggravating circumstance?” asked CRIF’s President Francis Kalifat pointedly.

A man accused of murdering his Jewish neighbor in Paris will stand not trial after a French court ruled Thursday he could not be held responsible for the killing because he was in a psychotic state from smoking marijuana.

Kobili Traore is alleged to have beaten his neighbor, 66-year-old Sarah Halimi, to death in 2017 while calling her a demon and shouting about Allah, before throwing her body from the window of her third-story apartment.

The appeals court, whose decision Thursday ended Traore’s detention, ordered he be hospitalized or made to attend a drug rehabilitation program. It also ordered security measures be put in place for 20 years, including a ban on him from contacting the victim’s relatives or returning to the crime scene.

If It was done to anyone else, it would be a hate crime. Typical bullshit in society