Protest new cultural US agreements with Yemen and Morocco

The organisation JIMENA is  urging  the public to comment on two agreements to be signed imminently between the US and Yemen and Morocco. While ostensibly designed to protect a nation's cultural heritage from looting and smuggling, these agreements, known as MOUs, can give legitimacy to the state confiscation of Jewish property and heritage such as Torah scrolls.

The Cultural Property Advisory Committee at the U.S. Department of State will meet on October 29th – 30th, 2019 to review MOU requests from Yemen and Morocco.The public has just two weeks to submit their comments. 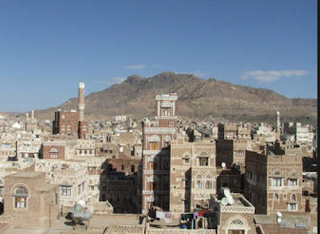 The signing of the MOUs is done under the auspices of The Cultural Property Implementation Act (CPIA). This law provides for the US to enter into agreements with foreign nations to temporarily restrict the import of “significant” cultural items as part of a multi-nation effort to deter looting of ancient archeological sites.

Over time the State Department has broadened the scope of the law to provide for “near permanent” bans on the import of ALL cultural items to the present time. The MOUs recognize those nation’s claims and seizures of all cultural property, including the personal property of individuals and the communal property of religious and ethnic groups persecuted and expelled from these countries.

The MOUs are based on a flawed premise – that Jewish cultural property constitutes the national heritage of Arab governments. In fact, under the color of law, Jewish cultural property in Arab countries was expropriated from private homes, schools, and synagogues. It is the heritage and patrimony of the Jewish people. Arab governments have done little to preserve the remnants or memory of Jewish history in the countries and verified reports describe Jewish synagogues, pilgrimage sites, homes, and cemeteries being looted and destroyed. Jewish holy sites throughout the Middle East and North Africa have been appropriated and many demolished.

The Cultural Advisory Committee of the U.S. State Department’s Bureau of Educational and Cultural Affairs is the governing body responsible for signing MOU agreements.The committee will meet on October 29th – 30th, 2019 to review MOU requests from Yemen and Morocco.


For instructions on submitting your comment and to see JIMENA talking points click here
Posted by bataween at Thursday, October 10, 2019