MEMRI reports that in a two-part article in the Palestinian Authority (PA) daily Al-Hayat Al-Jadida, journalist Muwaffaq Matar called to adopt an idea presented by Palestinian President Mahmoud 'Abbas in a booklet from 1982, titled "We Need an Arab Keren Hayesod." See my comment below. (With thanks: Lily) 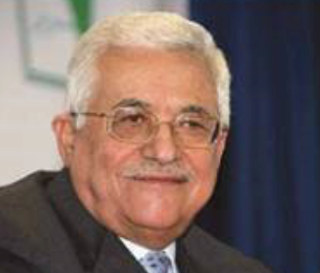 In this 14-page booklet, 'Abbas reviewed the activity of the Zionist movement after Theodor Herzl, the founder of modern Zionism, with emphasis on the Keren Hayesod organization, which was established in 1920 to raise funds for encouraging Jewish immigration to Palestine and consolidating the Jewish settlement there. 'Abbas concluded the booklet by stating that Keren Hayesod had served its purpose and that Israel no longer had any use for it. However, he advocated establishing an "Arab Keren Hayesod" that would help Jews leave Israel.

He wrote that the Zionist movement had lured the Jews to Palestine with lies and false promises, and that their lives there have been nothing but "pain, difficulty, anxiety and loss"; therefore, many of them now wished to flee Israel, and helping them do so would benefit both them and the Palestinian cause. After summarizing 'Abbas's arguments in the booklet, journalist Muwaffaq Matar writes that the Zionist Movement deliberately pushed Jews to leave their countries of origin and emigrate to Palestine by drumming up fear of antisemitism, and also by initiating terrorist actions against Jews around the world.

The greatest victims of its activity, he said, were not only the Palestinians but also the Eastern or Sephardi Jews, i.e., the Jews originating in Arab countries, whom he calls "Jewish Arabs." According to him, the Ashkenazi Jews, i.e., Jews of European origin, took over Israel's state institutions and positions of power, while using the Eastern Jews as pawns and settling them in Israel's border regions to serve as cannon fodder in the conflict with the Arabs.

Consequently, these Jews are now disillusioned with Zionism and would be happy to flee the state of Israel. The uprooting of the Jews from the Arab countries, he adds, was the most dangerous plot in the history of mankind, second only to the extermination of the native Americans. Matar claims that the Eastern Jews have remained devoted to their Arab culture and heritage and yearn to return to their Arab countries of origin. It therefore behooves the Arabs to liberate them from "the shackles of the racist imperialist state [of Israel]" by helping them to realize this hope.

My comment: The Palestinians have long realised that their 'right to return' demand looks pretty shaky unless they can neutralise the claims of Jews from Arab countries.  Abbas first wrote his proposal to facilitate the return of Jews to Arab countries after a series of offers made by Arab countries in the 1970s inviting Jews to return. The uptake was negligible because the offers were made on the basis of several false assumptions - that the Zionists caused the Jews to flee, that Arab and Muslim antisemitism did not exist, and that Mizrahi Jews are more attached to Arab culture and heritage than they are to Israel. In spite of a resurgence in interest in Arab culture,  Jews from Arab and Muslim lands are Israeli patriots and have no illusions about the antisemitism that drove them out.

Read article in full
Posted by bataween at Thursday, October 17, 2019

The total idiocy of people like abbas knows no bounds.
How have they become so confused?

It is so obvious that he and his ilk have NEVER lived in israel ever!

Also, abbas knows that since 1948 and the exodus from arab lands,
All the arab countries have become bankrupt! They relied on Jewish owned business and institutions for their wealth until 1948!

The Communists used to make very similar arguments to those made by Abbas years ago, but then the arguments were addressed at Jews in Poland and eastern Europe generally. Trotskyist Communists were calling Israel in the 1960s "a racist Zionist death trap," supposedly based on
Trotsky said in the 1930s. Actually Trotsky gave an interview in the late 1930s in which he said that Zionism might be acceptable in view of the persecution of Jews in Europe, etc. Don't recall his exact words.
In any event, Abbas' words are old hat and may have been copied or imitated from or learned from Communist mentors.

Since the Jews were pushed out of Arab lands, the Arabs have suffered numerous civil wars and internecine slaughter.
A German explorer in the Danish king's service in the late 18th century, Karsten Niebuhr, reported on Aden (southern Yemen). He wrote that the only honest merchants there were the Jews and the Indian banyans. So maybe the Arabs really do need the Jews, as Anon says.