Avi Shlaim, an emeritus professor of International Relations at the University of Oxford, has been chairing sessions at a conference in London called 'Jews of Iraq: Engagement with Modernities'. Shlaim, who was born in Iraq but left for Israel as a five-year-old, revealed to the audience he has nearly completed a memoir. Its provisional title is : From Baghdad to Jerusalem: Memoir of an Arab-Jew. The main focus, he said,  was on 'The Baghdad Bombs and the Jewish exodus from Iraq, 1950 - 51.' Waving a piece of paper,  he then presented 'new evidence of Israeli involvement in the bombs'. 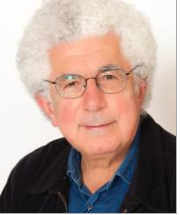 
There followed uproar, as Shlaim's claim was fiercely disputed by members of the audience. (There was also some controversy over the expression 'Arab-Jew'.)

David Kheder Basson  disagreed with professor Shlaim, producing graphic data affirming that the bombs had no bearing on the registration of Jews wishing to leave. See video of his presentation here.

The venerable professor is no stranger to controversy. He has moved from  mildly critical of Israel to becoming a staunch anti-Zionist during his career. Now that he has resurrected the old 'Baghdad bombs' chestnut, it is perhaps time to  dig into Point of No Return's archives and revisit the subject.

Mordechai Ben Porat, Mossad's leading operative  in Baghdad, had his name cleared in an Israeli court when he sued an Israeli magazine for libel. The court heard evidence  in support of the theory that non - Jews threw the January 1951 bombs and that Muslim peddlars were tipped off to clear the scene just before grenades were thrown at the Messouda Shemtob synagogue, which was being used as a registration centre for would-be emigrants. This was  the only fatal bombing (four were killed).

The so-called new historian Tom Segev refuted the charge that Zionists were behind the bombs.

It is a mystery why the Mossad might have thought it necessary to set off bombs when by late 1950 there was a backlog of tens of thousands of Jews stranded in Iraq who had already registered to leave. When the Massouda Shemtob bombing occurred, there were only six weeks still to go before the deadline for emigration expired. Indeed, the Iraqi government toyed with the idea of dumping these Jews on Israel's borders or in the Kuwaiti desert because Israel was not shipping them out fast enough.

Tom Segev, unreliable, when his anti-Israel zeal overtakes his "facts"

When Netanyahu said in 2015, wrongly, that Hitler/Nazis didn't plan Jews extermination before Palestine's ex-mufti al-Husseini Hitler 1941 meeting, there was a barrage by leftysts going overboard.

Of course Hitler, Eichmann didn't need advice from Mufti. Of course, Nazis planned out extermination before and without the Mufti. Nevertheless, the Islamic Arab fascist leader tried to help, true too. Not to mention his bloody hands in 1941 Farhud massacre; preventing Bialystok children escaoe in 1943; leading Muslim SS divisions in Europe as well as Operation Atlas with the danger of poisoning hundreds of thousands, towards end of WW2.

One of those overboarders reactionists post Netanyahu's 2015 remark is/was Tom Segev (a new-historian "star"), who in his zeal to belittle Mufti's role went so far as adopting (holocaust denier) Issa Nakhleh's obsessive exaggeration of one single Zionist Mr. Y. Stern (seen even by early Zionisrs as most radical, most extremist) who tried to make an agreement, he mentioned him knowing fully well the Mufti was the undisputed leader of the Arab Muslim world and his anti Jewish motivation has never been disputed, yet, all throughout mentioning fringe guy Y. Stern in his article, Segev did not care to explain the 'saving Jews, via migration into Palestine' goal. So Sad.

Saving Jewish lives, (even by this one radical guy's plans) vs the Mufti's exact opposite. However you choose to present it.