What are the Sephardi customs for Tisha b'Ab?

Religious Jews are currently observing the Three Weeks leading up to Tisha b'Ab (Tisha B'Av), which begins on Saturday night. Tisha b'Av is a day of mourning marking the destruction of the First and Second Jewish temples, but also commemorates other Jewish tragedies. As Askhenazi and Sephardi traditions differ slightly, I am reproducing a blog by Rabbi Hassan to clear up the confusion. It was written in 2016. 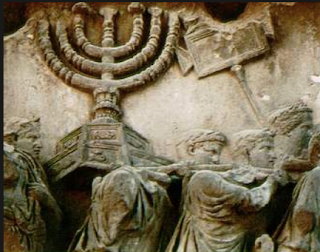 There are four stages of mourning. The first stage is the 17th of Tammuz till Rosh Hodesh. In this period Sephardim don't listen to music or wear new clothes or say the blessing of Shehecheyanu on a new fruit except on Shabbat. When it comes to buying new things the general rule is it is forbidden unless the sale is an unusually great sale. Then the purchase can be bought and used after Tisha B'Av. Likewise for major purchases like a car or a house, one should avoid the purchase unless the availability will vanish if delayed. Such purchases should not be used till after Tisha B'Av.

Finally we have the most severe mourning customs on Tisha B'Av itself. Generally speaking the Sephardic customs are more lenient than for Ashkenazim. Starting on Rosh Hodesh and including Rosh Hodesh Jews from Turkey, as well as Ashkenazim have the custom to abstain from meat (including chicken) and wine until the 10th of Av. The exception being on Shabbat when we eat meat to the same level that we would on a regular Shabbat. Other Sephardic communities including many from Rhodes refrain from meat from the 2nd of Av till the 10th. When it comes to drinking the wine/grape juice after havdallah, Ashkenazim give the cup to a child whereas for us we follow Rabbi Yosef Caro and drink it ourselves.

Starting from Saturday night, Sephardic men refrain from haircuts and shaving. (Some follow the custom of our Ashkenazic brothers and do not have haircuts for the entire three week period from the 17th of Tammuz.) We do not do any laundry, we only take cold showers, we only change our undergarments or any clothes that are soiled. We also aren't allowed to go swimming for pleasure (and most people don't have swimming lessons either since they can be fun too). This year since Tisha B'Av is nidche (pushed off) to Sunday. Many halachic authorities do not consider there a need to have a Shevuah Shechal Bo at all. As such it is permitted to do laundry and shower and even to swim. Most people are strict and avoid having haircuts.

Erev Tisha B'Av
The day before Tisha B'Av we continue to learn Torah until sunset. (Ashkenazim stop learning regular Torah portions at midday.) After this time we are only allowed to learn Torah that is upsetting such as reading Eicha - The book of Lamentations describing the destruction of the First Temple, Sefe Iyov - The Book of Job, Sections from the prophet Jeremiah, Sections from the Talmud dealing with the destruction of the First and Second Temples and Kinot - poems about Jewish tragedies throughout the ages. On Erev Tisha B'Av we have a Seudah Hamafseket. This is the last meal before the fast. The meal should consist of only one cooked dish. Two foods that are normally cooked together are considered one dish. So for example a dish of egg and lentils would be ok to eat. One can also eat bread with this meal too. My practice, has been to have a normal pre fast meal a few hours before the fast. Then just before the fast I have a piece of toast and I sit on the floor and think of the destruction.

This year (2016) since erev Tisha B'Av is on Shabbat none of these laws apply and we treat the day like a regular Shabbat just. However, one must be careful to finish Seudah Shelishit before the fast starts. Please note that the fast begins before Shabbat ends. Apart from learning Torah that makes us happy there are five things which are prohibited on Tisha B’av. Eating and drinking, washing, rubbing one’s body with oils or lotions, wearing leather shoes, and marital relations. Although not strictly forbidden, it is strongly recommended to take the day off on Tisha B'Av or at least not to work until halachic midday (1:15pm). Since we are all considered mourners on this day, we do not greet each other.Ladies who have given birth within 30 days are exempt from the fast. Similarly, anyone who has a serious illness or would become ill from fasting is exempt.

The liturgy on Tisha B'Av is very powerful and the tunes are very moving. Although one isn't supposed to enjoy the tunes on Tisha B'Av, my grandfather of blessed memory would love to hum the melodies of Tisha B'Av throughout the year. One of the powerful kinot contrasts the festival of Pesach with Tisha B'Av using the famous "Ma Nishtana - Why is this night different from all other nights?"

On Tisha B'Av night the lights are dimmed low, or tea lights are used. We sit on the floor and read Eicha - The book of lamentations. On Tisha B'Av day we don't wear talet and tefillin in the synagogue and we continue to sit on the floor. (Some Sephardim have the custom to wear them privately at home before coming to services but that is not the SBH minhag). We again read Eicha and more sad kinot. After midday we are allowed to sit on regular seats and at minha we wear talet and tefillin. Since we are forbidden to learn Torah on Tisha B'Av, if one learns daily, that learning should be done either the day before or the day after Tisha B'Av. Tehillim may be recited on Tisha B'Av itself but only after halachic midday (1:15pm).

The mourning practices are in reverse to those of a loved one. Instead of most intense to least intense, we go from least to most. The idea being that we must prepare ourselves for it. If we were to go straight into the strict mourning of Tisha B'Av without the three weeks of preparations we would struggle to find meaning. Instead we build up gradually. As we do that this year let us work on our mitzvah observance and the way we interact with others. May Hashem grant peace in Israel. When the fast finishes, one should still not eat meat or drink wine until Midday the following day. The reason being that when the Second Temple was destroyed it continued burning for much of the 10th of Av. Other restrictions such as showering and shaving etc. are permitted from the end of the fast. (Ashkenazim wait until midday for those too).

There is also a custom at the Spanish and Portuguese synagogue (in Manhattan) of covering decorations in the sanctuary. It is quite moving to see black drapes over everything. The synagogue now looks like a house of mourning, which woukd have covered mirrors. Instead of reading Eicha by candlelight, flashlights are used. Kinot after Eicha address the Inquisition and Expulsion. The focus is on mourning, so it is pretty quiet without the normal chatter as one exits the sanctuary.

Ashkenazim refrain from wearing any leather, not just shoes. No marital relations means sleeping separately. In the US, beer or coffee is the beverage for Havdalah.