No place for blindspots on Muslim antisemitism

The UK Labour party under Jeremy Corbyn purports to defend the abused and the downtrodden. In fact, by ignoring the existence of Muslim antisemtism, it champions the abusers, argues Lyn Julius in JNS News. 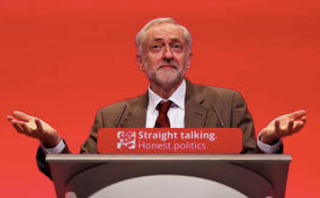 The British Labour party has recognised that it has an antisemitism problem. Recently it came out with a leaflet, No place for Antisemitism, and microsite to tell its membership how to recognise and  deal with antisemitism. However, as Andrew Apostolou pointed out in a scathing piece in the Times of Israel, Labour's campaign is doomed to fail because its assumptions rest on a flawed history.

Labour assumes that antisemitism and Zionism are both 'European guilt trips'. Apostolou rightly points that antisemitism was not just a European problem, citing examples of pogroms in the Ottoman empire, the Middle East and North Africa.

The Holocaust, Apostolou affirms, was not just aimed at European Jewry: it targeted Jews the world over. Let's take this further and say that the Nazis had their Arab collaborators. The wartime Palestinian Mufti of Jerusalem was a willing accomplice in the proposed final solution to the Jewish problem. "Kill the Jews wherever you find them!", he exhorted Arab audiences in his radio broadcasts from Berlin, where he spent four years as Hitler's guest with a retinue of 60 other Arabs. The Mufti's antisemitic legacy, and that of the Muslim Brotherhood, are with us still.

The failure to acknowledge Arab and Muslim antisemitism is a peculiarly leftist blindspot. Twentieth century Arab and Muslim antisemitism resulted in the ethnic cleansing of almost a million Jews in a single generation, but its roots lie in an ancient system of exploitation of the wealth and talents of  Jews and Christians known as 'dhimmitude'. This system, punctuated by the odd pogrom or forced conversion, cemented a concept of Muslim supremacy over non-Muslim peoples reminiscent of colonialism.

Underlying the Labour campaign against antisemitism is the assumption that Israel is to blame for ruining the pre-existing state of harmony and peaceful coexistence between Arabs and Jews. This, of course, is a myth. Jews in the Muslim world were always viewed as inferior and had few rights, their fate utterly dependent on the munificence of the ruler of the day to which they had outsourced their right to self-defence.

This truth is a vindication of Zionism.  Even if oriental Jews were not prominent in the modern Zionist movement, they remain eternally grateful that Israel - where they comprise half the population - has ended their historically weak, inferior and defenceless status. Israel is the envy of other indigenous non-Arab and non-Muslim groups like the Kurds or the Assyrians, who would dearly love to throw off the yoke of Arab supremacy to achieve self-determination in a sovereign state of their own.

This is the contradiction at the heart of Corbyn's Labour. It sees itself as the party of the downtrodden and the abused. In truth,  it champions the abusers. It denies that non-Arabs and non-Muslims in the Middle East were ever victims of oppression. In its (at best) ambivalence to Zionism and (at worst) hostility towards Israel, it is effectively supporting the re-imposition of Arab and Muslim domination over a 'dhimmi' people.