The California-based body representing Jews from the Middle East and North Africa, JIMENA, has added its voice to concerns that a new model ethnic-studies state curriculum omits Jews, and specifically the 236,000 Jews from the Middle East and North Africa resident in California.  The proposed curriculum is the result of a 2016 law.  JNS News reports that the proposed curriculum is currently going through public comment and is expected to be approved, following revisions,  next year by the board. of education. Here is an extract from JIMENA's response: 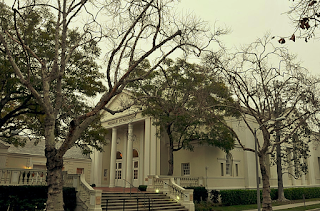 "Sephardic and Mizrahi Jews are a racially diverse ethnic sub-group that is both proudly Jewish and proudly Middle Eastern. This intersection provides us with a unique vantage point and we share our concerns about the proposed Ethnic Studies Model Curriculum, bringing our full identities and experiences to the conversation.

We would like to frame our comments by quoting directly from the statutory guidelines in the curriculum. The very first requirement states that, “The model curriculum shall be written as a guide to allow school districts to adapt their courses to reflect the pupil demographics in their communities.”

We estimate that the state of California is home to some 236,000 Jews of Middle Eastern and North African descent. Our families arrived in California as Arabic, Farsi, Judeo-Spanish, Turkish, and Hebrew speaking refugees and immigrants from Morocco, Algeria, Tunisia, Libya, Egypt, Turkey, Yemen, Syria, Lebanon, Israel, Iraq and Iran. Notably, the Iranian Jewish community in Los Angeles comprises an estimated 60,000 individuals, making them one of the largest Middle Eastern diasporic communities in the United States. Despite our community’s numbers, we have been completely erased from the Ethnic Studies Model Curriculum, most notably from the Arab American Studies Course outline. There is no possible way that the Arab American Studies Course curriculum, as it is currently written, can adequately reflect Mizrahi demographics, needs and interests in the state of California.

The Arab American Studies Course Outline within the curriculum is deeply problematic. It is highly politicized and not built on foundational scholarship necessary for the quality education our students deserve. It lacks cultural competency, nuance and sensitivity to student demographics. While the Middle East and North Africa is one of the most ethnically and religiously diverse regions in the world, within the model curriculum the term “Arab” is never defined leaving educators and readers to easily conflate “Arabs,” “Muslims,” and “Middle Easterners.”  Minority groups and experiences from the Middle East and North Africa are totally erased from the curriculum portraying Arabs as a homogenous, Muslim group.

The Arab American Studies Course violates a number of the Ethnic Studies Curriculum Guidelines. It is not written in a language that is inclusive and supportive of multiple users as it excludes and erases the experiences, perspectives, and voices of diverse Middle Eastern communities – including Mizrahi Jews indigenous to the region.  If the curriculum is to be consistent with an intersectional frame that is supportive of multiple users, then it must identify the histories, perspectives, voices and oppression of diverse Middle Eastern communities – including those that diverge from dominant Middle Eastern narratives.

Challenging the myth of white, European Israel
Posted by bataween at Tuesday, August 06, 2019