Update (with thanks: Lily): According to MEMRI, Ahmed Wihmane, the President of the Moroccan Observatory against Normalization with Israel, said that he salutes the Moroccan authorities for destroying the shameful "so-called Holocaust memorial." However, he criticized the government for, in its idleness, having allowed the building to be erected in the first place, particularly since, according to Wihmane, the owner of the project is a homosexual Freemason with Zionist ideologies. Wihmane compared the Moroccan government's inaction to previous inaction he claimed took place regarding firearms training camps in Morocco that had been under the supervision of "generals and rabbis from the Israeli War Forces" and that had the purpose of establishing a "second Israel" in Morocco.

It seems that Moroccco is not ready for a Shoah memorial, despite its strategy to memorialise its Jewish heritage.  Moroccan Authorities demolished a Holocaust memorial on Monday that was being built by German NGO PixelHelper in Ait Faska, southeast of Marrakesh on the grounds that it did not have the necessary building permits. This comes less than a week after The Jerusalem Post revealed that the Holocaust memorial was in the works. (With thanks: Lily; Imre) 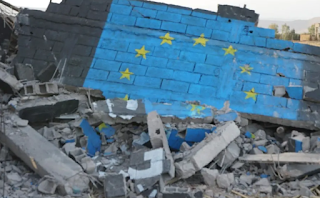 Bulldozers had moved in to destroy the Memorial (Photo: O Bienkowski)

"We thought that there was acceptance of Jewish society in Morocco but it's not [the case],”  (Oliver Bienkowski, founder of PixelHelper)  told the Post. “We get a lot of antisemitic and anti LGBTQ+ messages.”
Late on Monday, Moroccan Authorities denied in a press statement that the memorial was being built, adding that such claims were “unfounded.”

For the first time in North Africa, a Holocaust memorial (Shoah) honoring the millions of Jews killed during the Second World War will be built by the German non-profit organization PixelHelper.

After the one in South Africa, this second memorial on the continental level will be built 26 kilometers from the city of Marrakech, on the road that leads to Ouarzazate, in the small town of Aït Faska.

Interviewed by The Jerusalem Post, Oliver Bienkowski, founder of PixelHelper and manager of the memorial in Morocco, said the project aims to "show Moroccans, especially students, and Jews in Israel the horror of the Holocaust", adding that the memorial will be composed of more than 10,000 blocks of stone that visitors can browse. A call for donations was launched to fund part of the project.

The monument will also dedicate a portion to homosexual victims of the Holocaust. "In the middle of the monument, there will be rainbow-colored blocks for LGBTQ + people who have died in concentration camps," Oliver Bienkowski said, adding that the project will be completed at the festival of Hanukkah in late December. 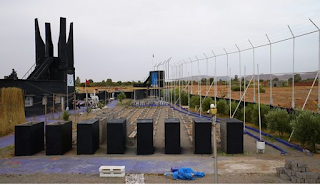