An outreach campaign aimed at Muslims with Jewish roots has attracted thousands of enquiries across the Arab world. Yad Le'Achim, led by Rabbi Shmuel Lifschitz,  began a social media video campaign fronted by the Arabic liturgical singer Ziv Yeheskel at Shavuot, and has been gobsmacked at the response. What this Al Monitor article (via Israpundit) does not say, however,  is that Arabs with Jewish roots usually have  female Jewish ancestry, where the Jewish woman was seduced or abducted by a Muslim and thereafter made to convert to Islam. (Love matches probably did occur, but would have been rare.) (with thanks: Michelle) 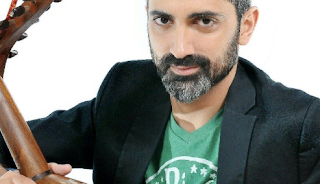 According to the organization, quite a few people approached them in response to Yehezkel’s video. “To date we have been contacted over one thousand times by people from across the Muslim world, as well as from Israel and the Palestinian Authority,” said (Rabbi Shmuel ) Lifshitz.

“Each message we receive is investigated in depth to confirm that the person really does have Jewish roots. As of now, some 30% of these messages is in an advanced stage of investigation to uncover Jewish roots. We have also been contacted by many people who are unable to prove a connection to Judaism. In those cases we do not continue to investigate.”

Yad L’Achim never expected to receive so many responses. It will soon be posting another video, in which Yehezkel will talk about the Jewish Sabbath. The decision to use the well-known performer is based on his fluency in Arabic and his familiarity with the Arab world.

“I have a very supportive audience in quite a few Arab states,” he noted. “These include Morocco, Egypt, Tunisia, Dubai and Kuwait. I have been invited to perform in all of them. I also receive lots of private messages from wonderful people across the Arab world, including Syria, Iraq, Jordan and Yemen. I have even received messages from the Gaza Strip.

Yehezkel is excited to make more video clips. “Social networks have sparked a revolution; it is now possible to reach anyone. They are a powerful tool,” he said. “The fact that I sing in Arabic helps to reduce anti-Semitism, because there is nothing like music to reduce the level of hatred. The fact that I am now reaching Jews who live in Arab states is more exciting than anything to me.”

One of the people who contacted Yad L’Achim is Nabil, 42, from Amman. Nabil, who asked for his last name not to be divulged, told Al-Monitor that he has always known about his Jewish roots. “Yad L’Achim’s page popped up in my Facebook feed, so I looked at it,” he wrote the organization.

“I watched the video and became curious. My mother is Jewish and my grandmother is Jewish too, of Iraqi heritage. I didn’t know that I was Jewish, because in Islam religion is passed on through the father. The moment I found out that according to the Jewish religion I am also Jewish, I wanted to find out more. My only problem is that I am not in touch with my mother. It would be very interesting to speak to her, especially now.”

“Judaism was the first monotheistic religion in the world,” said Nabil. “As a Muslim I have never been religious, but now I am intrigued by the Jewish religion and I want to proceed. I have watched all sorts of YouTube videos about Judaism and the Bible, and I feel a connection.”

He also admitted that he hides his Jewish identity from his surroundings, “If they find out that I am Jewish, I would have a big problem. The community I live in here in Jordan is very anti-Semitic, so I hide it.”

He noted that until he contacted Yad L’Achim he had never spoken to any Jews or Israelis. “I saw a group of Israelis in Amman once, but I never spoke to them. I felt a kind of distance from them. Now I feel very different. This is really shaking up my life. I can’t stop thinking about my complicated identity.”