As part of the Egyptian government's policy of taking charge of Jewish heritage, the restoration of the Eliahu Hanavi (Nebi Daniel) synagogue is nearing completion; another Alexandria synagogue, the de Menasce, has been registered as an antiquity. But others still, like the once-grand Hayyim Imshati synagogue, are crumbling to dust:

CAIRO – 9 August 2019: Egypt will complete the restoration works of Eliyahu Hanavi Synagogue in Alexandria within three months, announced the Ministry of Antiquities in a statement this week.

“The restoration works at the synagogue continue regularly, as 75% of the project work has been completed, the statement said, adding that Minister of Antiquities Khaled Anani and other officials from the ministry visited the synagogue on Tuesday. 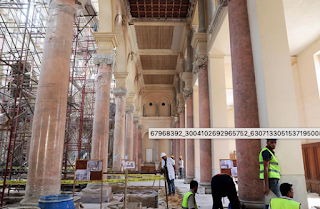 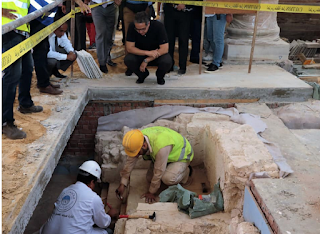 Read article in full (Egypt Today - with thanks: Boruch))

The de Menasce synagogue in Alexandria is now a listed building - the government will undertake to preserve and restore it (with thanks: Boruch): 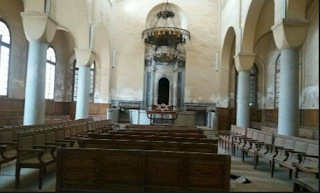 The de Menasce synagogue in Alexandria

This ancient synagogue will crumble to dust unless it is registed as an antiquity:

Around 150 kilometers away from Cairo, at the Mahala Al Kobra’s Souk al-Labn in the Delta, stands the ruins of Rabbi Hayyim El-Imshati Synagogue.

The synagogue is also known as Synagogue of Khokhet El Yahoud, Ostad Synagogue and Rabbi El-Imshati Synagogue. The history of Khokha makes it a good candidate to be part of the Ministry of Antiquities’ future plan of developing and restoring the Egyptian Jewish heritage. The ministry has started on a big project to restore Eliyahu Hanavi Synagogue in Alexandria, and has also registered Alexandria’s Menasce Synagogue as an antiquity, giving it further protection and potential restoration privileges. 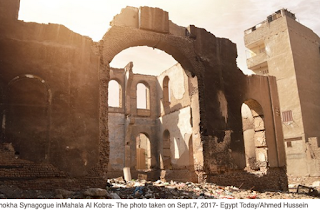